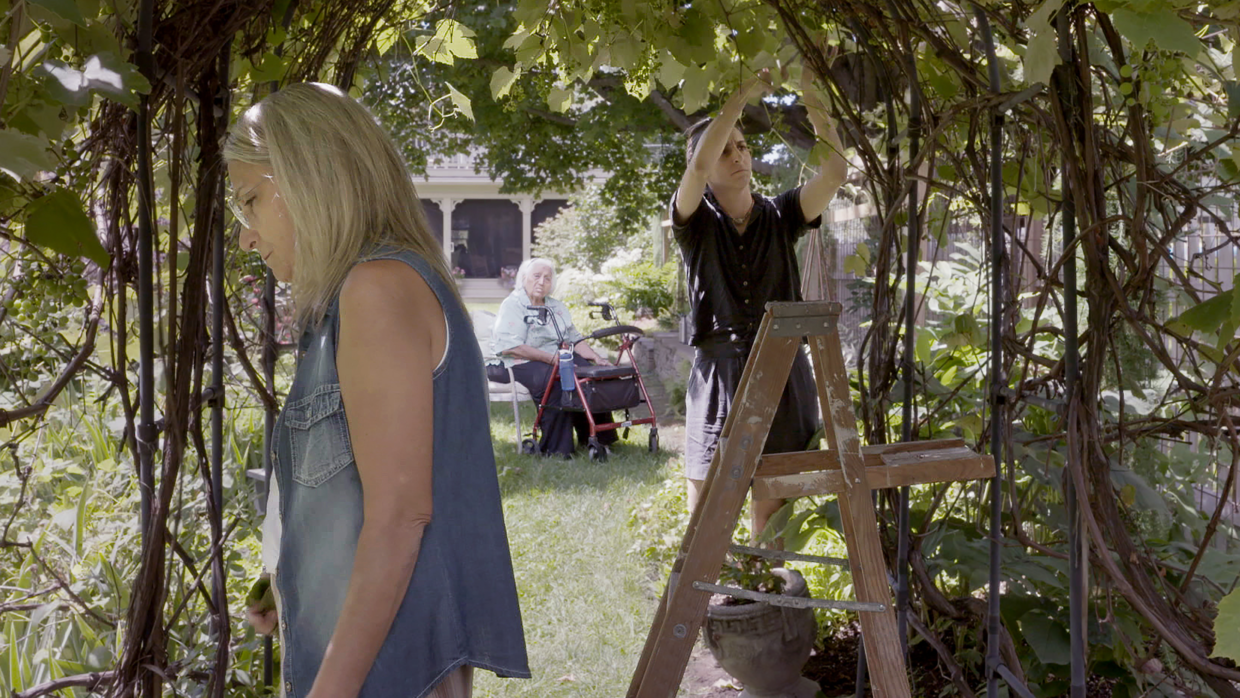 In the first scene of The Eternal Memory, Augusto Góngora’s loving wife Paulina Urrutia wakes him and fills him, and viewers, in on what’s going on: she’s an actress, they’ve been married for some time, he has Alzheimer’s. It’s easy to imagine that, for obvious reasons, they have this exchange a lot; for a certain kind of conscientious documentarian who wants expository information without staging it, Alzheimer’s might function as a sort of present, insofar as it provides an organic reason to have characters reiterate the same facts daily until the right delivery has been captured. In Maite Alberdi’s documentary, Góngora first has moderate Alzheimer’s, meaning he forgets a lot but still remembers how much he loves his wife, which is inevitably very touching. Increasingly severe dementia plunges him into hallucinations, while the strain of solo caretaking is only exacerbated for Paulina when COVID isolation hits; that is similarly inevitably saddening to see.

It doesn’t take much to make me sad about the future I know is coming, in which friends and loved ones will start getting unexpectedly ill and/or dying—a slight change in barometric pressure could probably set me off—so it’s not like I emerged unmoved. But watching pretty much anyone degenerate would be distressing, and The Eternal Memory doesn’t offer more. Sundance’s program capsule explicates the thematic ironies theoretically at play: “As one of Chile’s most prominent cultural commentators and television presenters, Augusto is no stranger to building an archive of memory, having been responsible for that herculean task following the Pinochet dictatorship and its systematic erasure of collective consciousness. Now he turns that work to his own life.” This is textbook dramatic irony, but not one that proves illuminating in either direction—not like an obvious comparison point, Patricio Guzmán’s Nostalgia for the Light, in which the work of astronomers, who by definition study the long-term ramifications of happenings that become visible long after they’re occurred, parallels historians’ efforts to document the Pinochet regime long after its collapse, illuminating the granular particulars of both parties’ labors. Alberdi’s film does no such similarly specific thing, and its parallels go no deeper than its catalogue description. The film might gain in resonance for Chilean viewers familiar with Góngora as a public figure (I can imagine an American equivalent for a dementia-stricken Sam Donaldson or some such); otherwise, it’s predictably upsetting and unilluminating.

The end titles of Sierra Urich’s feature debut, Joonam, offer a triple “A Film By” credit, one card at a time, for the Iranian-American filmmaker, her mother Mitra Samimi-Urich and maternal grandmother Behjat Samimi. But though there’s no narration, this is definitely a first-person film locked in Urich’s POV, and its most compelling moments suggest how difficult it is to simultaneously interact with family as a human being while keeping in mind what’ll be needed later on as a director. (As far as the business of filmmaking, it’s touching to see, in brief passing, that Urich’s browser bookmarks include a folder for film grants. As she must!) The narrative framework is very simple: Urich wants to know more about her grandmother’s life but doesn’t speak Farsi, so a sort of family retreat is set up, where her mother will act as an interpreter. Much of Joonam is scrupulously well-intentioned and lacking in cynical attempts to juice audience reaction, but it also lies pretty flat, even when mother-daughter tensions erupt as historical traumas are resurfaced. The music cues yearn for drama the footage can’t generate; there’s no score proper but the soundtrack includes tracks from the reliably dramatic Emile Mosseri (The Last Black Man in San Francisco) and Pond5 cuts with generic titles like “Amazing Journey.”

In Joonam‘s standout scene, Urich mutters mild profanities while trying to figure out why the mics aren’t working properly. “Why is she going to channel two?” she mutters in English, troubleshooting in real-time and snapping at her subjects to hold still while a bemused Mitra and Behjat chat in Farsi. “All the children here are like this,” Mitra tells Behjat. “They feel this sense of entitlement over their parents.” This scene operates on multiple levels: most pleasingly it’s funny, in the low-key way that watching somebody’s irritability boil over against seemingly uncontrollable forces can be, while performing the function of heightening the artifice that goes into constructing documentary exchanges and operating from a very specific tension: Urich the present-tense one-man crew can’t understand what’s being said, but Urich the filmmaker-reviewing-her-translated-footage understands exactly how this exchange helps flesh out her characters’ relationships, while they (hopefully!) understand that they’re getting away with talking a mild amount of shit that will later be deciphered. There are many nonfiction features in which young filmmakers interrogate their family histories; this scene lays bare some of the frictions that arise when parents try to do their child a solid, even if they don’t understand exactly why or what’s being asked of them.