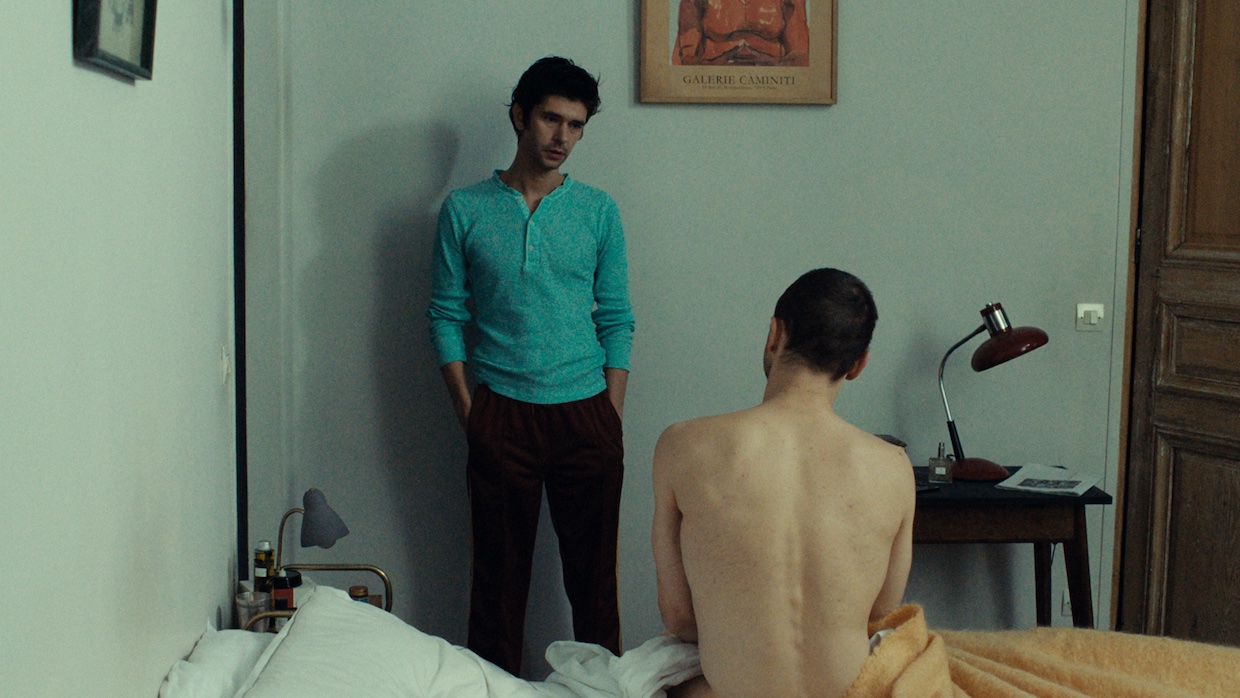 One of the best-reviewed films at this year’s Sundance, Ira Sachs’s Passages sold to MUBI for four territories, including the US and UK, shortly after its premiere. The drama is fueled by the love triangle that emerges when film director Tomas (Franz Rogowski) cheats on artist husband Martin (Ben Whishaw) with teacher Agathe (Adèle Exarchopoulos). The Paris-set drama marks Sachs’s first time working with French cinematographer Josée Deshais (Saint Laurent), who discusses her work on the film below.

Deshais: Ira approached me because of a French film I did a couple years ago, Jacques Nolot’s Before I Forget. He is very fond of this film.

Deshais: It’s always a challenge to work with a new director and getting to know what’s in his head. We discussed a good amount about the script, of course, but also we watched a lot of movies together. The main artistic goal was that everything had to feel very real—not staged, not putting the camera to see the best way or overcutting for the audience. It seems really simple but it’s quite difficult actually. As DOPs, we are trained by the cinema industry to be as efficient as possible. For this film, we had to be as real as possible.

Deshais: The fact that we knew very early that we could not possibly shoot on film, and that we really had a few days of shooting.

Deshais: We discussed Maurice Pialat’s opuses widely. In France, Pialat is a monster, the kind of director you can hardly copy because he is a whole system in himself. But we did watch a lot of Pialat films.

Deshais: I shot on Alexa Mini, my best friend in digital cinematography. I used a series of Cooke S4 lenses.

Deshais: The film is actually very lit, but I had to hide that fact and make it as natural and realistic as possible. Also, I didn’t want to be in the way of the actors. I didn’t want a rough look, but not a glamorous look either. I had to find the balance to have a certain elegance. The film’s producer told me the best compliment: “Your light is not pretty, but it’s just right.” I thought that was a nice thing to say.

Deshais: I think the first scene was the hardest to shoot, since it is a scene set on a film set. Meta-film scenes are always so tricky. We had two cameras for the scene and one was handled by me, but the other was operated and gripped by technicians who agreed to be filmed also. I didn’t know what they were shooting and was really stressed about that. Not to have total control, you know? It had to look like a documentary of a film shoot.

Deshais: Everything was done on set like I usually do. Thank God, because I had COVID during the color correction and couldn’t attend the sessions. But at that point, Yov Moor, the color corrector I work with in Paris, is a friend and I totally trusted him and Ira to finish the look.