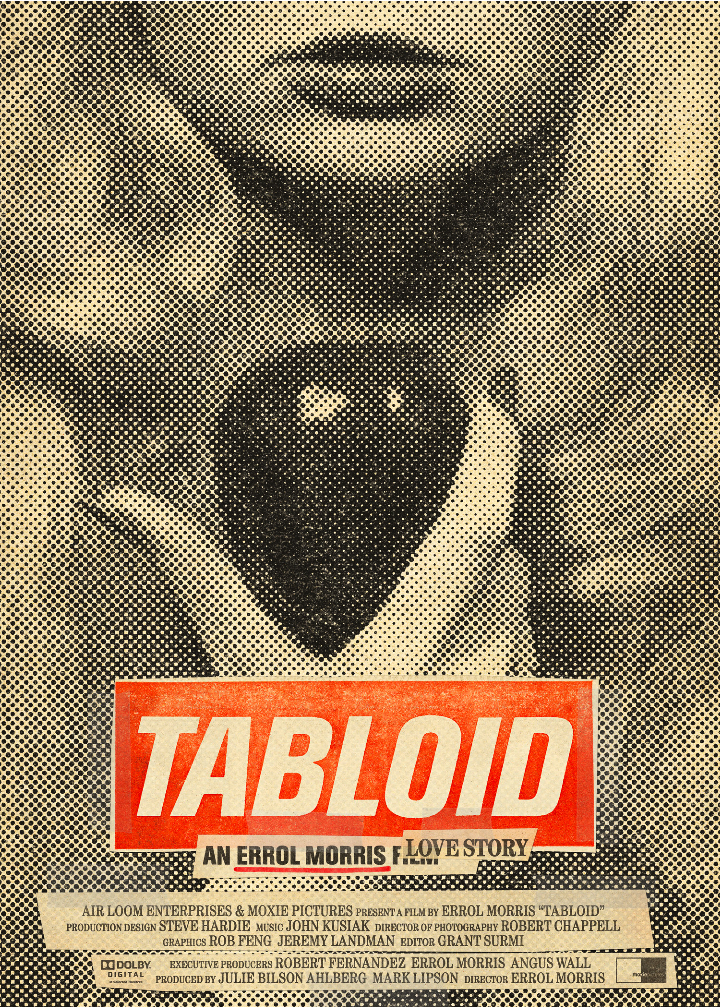 I admit a certain obsession with cell phone Scrabble, the band Beach House, and of course, Errol Morris. While the first two are relatively recent acquisitions, that last one has been around for a while (since Cannes 2003 to be exact, and an interview on his film The Fog of War).

Morris’ goofy sense of humor remains as addictive as his philosophical and cinematic wanderings. With his latest documentary, Tabloid, my obsession with Morris and his obsessions—in this case, an obsessive beauty queen and the reporters obsessed with her—has reached new heights.

While you’re waiting with bated breath for Tabloid to be picked up by a distributor and released at a theater near you, check out this killer poster for the film, pictured here. It uses an archival photo of the film’s leading lady, Joyce McKinney, that fits so perfectly in this context that it’s downright uncanny.

Here’s another Morris artifact from an earlier venture: Reid Rosefelt, publicist extraordinaire, gave me this promotional keychain that Mr. Death used to promote his business offering “Execution Equipment and Support.” Additional keychains like this were then produced to help publicize the film, but the one pictured below is an original, made by the infamous executioner himself. Clearly, obsession-worthy.

Also, another goody: a new conversation in four parts that Morris and his old pal Werner Herzog held here at the Toronto Film Festival:

If you immediately feel a strong compulsion to watch all four of these videos at once, and then maybe watch them again, and then maybe start a little research project on some aspect of the conversation raised by Morris and Herzog, you’re not alone. “We’re all obsessive,” Tabloid producers Julie Bilson Ahlberg and Mark Lipson assured me. “You’re one of us.”