“If my life coincides with the life of film, I’ll be very happy,” said Nathaniel Dorsky at the Q&A following the screening of his three short experimental films in the Wavelengths 4 program at the Toronto Film Festival. That Dorsky’s work is bound to the materiality of its medium, to the poetry of light processed by the photographic process, was something I needed reminding of the night I saw his work. It’s easy to forget about things like film at a film festival. Most of the films at Toronto were projected digitally, their origins increasingly inscrutable in this age of digital intermediates and RED cameras. When writing about fest films, it is far easier to go socio-political, to connect them to the cultural zeitgeist, or, perhaps, to go auteurist and reveal each movie to be part of the maker’s own personal narrative. Being simpler — to consider them as artifacts of their medium and rate them through your own personal memory-triggers — is actually the harder task. 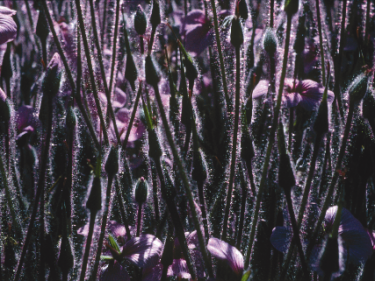 After a day of films that pondered war, ethnic division, and social strife, Dorsky’s work reminded me to stop in my search for meaning — or, perhaps, to stop looking for single meanings, or easily expressed ones. He showed three films, all short, ostensibly non-narrative works in which images — hands, curtains, abstracted patterns, trees and leaves, street signs — were imbued with a particular beauty resulting from their being captured on a specific film stock with a specific light at a specific moment in time. Meaning returned, however, with Dorsky’s post-screening Q&A. I’ve often thought that experimental filmmakers should do their Q&A’s before their screenings, not after, but that would mean depriving viewers of their own untainted approaches to the work. Dorsky likened his films to devotional poems or songs and described each in the context of not only their thematic influences but also film stocks.

The first film, Compline — referring to the final church service in a day, the “night devotion” — was shot on 16mm Kodachrome, Dorsky’s favorite film stock. The lower levels of exposure possible in Kodachrome “have a lot of soul, a lot of pathos,” Dorsky said. But the stock is no longer being manufactured, and Dorsky wrote in his notes for the film, “This film is also the last film I will be able to shoot in Kodachrome, a film stock I have shot since I was 10 years old. It is a loving duet with and a fond farewell to this noble emulsion.”

The following two films, Aubade and Pastourelle, were shot on Eastman color negative. “I’m finding my way into where the soul of the negative is,” Dorsky said, adding that “Kodak is no longer film — it’s an image-capturing device. Eastman negative is too tame — they went too far and made it for telecine.” (Dorsky says his next films will mix Fuji and Kodak and that “Fuji negative has a little more soul.”) The titles of Aubade and Pastourelle refer to forms of troubador love songs between lovers separated at dawn. Aubade contains images shot in Paris, whereas Pastourelle Dorsky said was “in the key of Spring.” 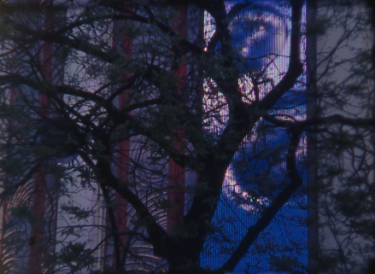 “I’m drawn to devotional art,” Dorsky explained, “and that lineage I celebrate and extend through cinema.” He also cited the Objectivist poet George Oppen as an inspiration. Dorsky’s films are like some poetry, he said, because their meanings ebb and flow, resisting interpretation. “To take a poem apart doesn’t get you any closer. [My films] are made to be seen 20 or 30 times. Different things come forward on different evenings depending on your own mood or what films they are seen with.”


Toronto screened Dorsky’s work at 18 frames per second, the projection speed he now demands. “I enjoy the gentleness [of the projector sound] at 18fps,” he said. And because most venues don’t have a 16mm projector that can be varispeeded down to 18fps, “I don’t have to travel to all those places I don’t want to go.”

Addressing his process more broadly, Dorsky described his work accumulating footage over long walks spread across months. “Basically, I walk around for half a year,” he said. “The trick is to relax and not have an agenda. It can be horrible to walk around with a camera — how can you not turn into a compulsive ‘shopper’? When I shoot I try to unclip myself and just see what catches my eye. I find reverberations in the tension of light. And then you have to translate that to the screen. The job of the filmmaker is to made the screen as alive as what you see. You have to turn the screen into the object.”

Dorsky was asked if he had ever shot video. “Once, for an industrial,” he answered, before summing up his work. He described his films as “the world seen through the hole of a Bolex. The camera rests on the world the way the audiences rests with the screen.”