Somewhere between John Woo and the auteurs of the French New Wave lies Hong Kong native Johnnie To, currently one of the most engaging and vibrant directors in world cinema. The 53-year-old started making action movies in 1980, and over the course of the next decade and a half established himself as a skilled genre director, not only of thrillers but also of light comedies and melodramas. He rose to prominence with a number of highly successful collaborations with star Chow Yun Fat and in 1996, along with Wai Ka Fai, a fellow director and sometime collaborator, founded Milkyway Image, a production company which would forcefully make its mark on Hong Kong cinema. Since starting Milkyway, To has been hugely prolific, directing 29 films and producing 45, in that 13-year period. More recently, he has taken a distinctive approach to genre filmmaking, effortlessly moving from populist comedies and classy thrillers to Demy-esque musicals and sensitive dramas, and has challenged genre divisions by doing such things as incorporating Tati-esque slapstick into his stylish shoot-em-ups. Since 2003, his work has been a regular staple at the major film festivals, and movies like Election (2005), Election 2 (2006) and Exiled (2006) have gone on to become international arthouse hits.

To’s new work, Mad Detective, is his 11th collaboration with Wai Ka Fai as co-director, but their first film on which they have have shared megaphone duties since 2003. The plot concerns Bun (Lau Ching Wan), a renegade ex-cop with psychic powers who can see people’s inner personalities, who is brought out of retirement by young detective Ho (Andy On) to solve the mystery of a missing policeman, a case he has been unable to crack. Typically for To, the film is an intriguing mix of genres, an intense police thriller which has moments of light comedy and poignant romantic drama, plus a musical sequence reminiscent of classic Hollywood and an inventively staged final shoot-out. The thriller genre is essentially used as a vehicle to examine the effect of Bun’s psychological insight, which has driven him mad and ruined both his professional and personal lives. Wan is superb as Bun, and To and Ka-Fai add hugely to the film’s dramatic (and comic) impact with their inspired use of actors to physically represent characters’ personas – including the seven personalities of villain Chi-Wai (La Ka Tung) – rendering an abstract concept brilliantly concrete.

Filmmaker interviewed To by email and asked him about genre, auterism and his reshaping of Hong Kong cinema. 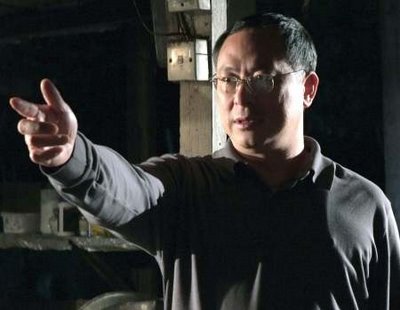 Filmmaker: What was it like working with another director on Mad Detective? Did you each have certain duties or did you do everything together?

To: Wai Ka Fai and I have been co-directing films together for almost 10 years. I consider him the “brain” of Milkyway and I am the “hands.” For Mad Detective, we were on the set together. I would set up the shots and direct the actors, whereas he will be there to make sure I execute his ideas correctly.

Filmmaker: How different was it from your previous collaboration?

To: Mad Detective is a film that follows no rules. Very much unlike the commercial films Wai and I did together in the past. So every day on the set felt like an experiment.

Filmmaker: What were the particular challenges of making this film?

To: The story unfolds through the perspectives of different characters/inner personalities. It was difficult to decide who’s perspective we should shoot at different moments.

Filmmaker: Is it always important to you to have comic moments in your thrillers? Are you consciously trying to subvert the genre?

To: I like black humor because it reflects my view of life: It is always full of unexpected surprises!

Filmmaker: You say in your director’s statement that both you and Wai Ka Fai are “never satisfied with what’s already been done.” Do you mean your own work or filmmaking in general?

To: For Wai and I, making a film is always about doing something new. We don’t like to repeat ourselves, even if the previous works were successful. We like to push the boundaries. Exploring uncertainty is the most exciting part of making a film.

Filmmaker: You continue by explaining that you want to “break new ground and establish new rules.” How successful do you feel you have been so far in doing this? And does this always always come organically, or is it increasingly difficult to remain innovative and original?

To: As I have said, I don’t like to repeat myself. So that’s my attitude toward making movies. As long as I know what I want to say in a film, I believe it will be unique.

Filmmaker: How much has Hong Kong cinema changed since you started Milkyway Image in 1996 and began reshaping its image? How clearly now do you see what you still want to alter?

To: The industry has gone into a recession in the past 10 years. But the good thing that came out of it is more filmmakers are learning to eschew commercial formula and explore their personal style. This attitude gives Hong Kong cinema a fresher edge, compared to the formulaic genre pictures in the past. What worries me is there is a shortage of new young filmmakers. I hope we can find more fresh talents to join the industry.

Filmmaker: Do you see yourself as an auteur? Are such things of importance to you?

To: “Auteur” is a big word. But I think nothing matters more than making a film that reflects who you are as a person.

Filmmaker: Do you see your talents as being more suited to interpreting other people’s scripts, or will you go back to writing again?

To: Finding a good collaborator for writing is very difficult. I am very fortunate to have Wai Ka Fai, who like me likes to test new ideas.

Filmmaker: Do you see genres as a help or a hindrance to filmmakers? Is it easier to do interesting work within an existing and easily recognizable framework?

To: Hong Kong cinema is based on genre films. I don’t find it to be a hindrance. In a way it helps audience to be more receptive to our films. We believe a good commercial film is 70% formula and 30% of fresh ideas. Audience enjoys familiarity because they want to be entertained. But at the same time they want to be surprised. As a filmmaker, I think it is very difficult to find the balance.

Filmmaker: In your director’s statement, you mentioned that you want to take “a new direction for the next 10 years.” Do you know what direction that will be? And how will it differ to your previous course?

To: What I meant was to stop repeating what we have already done and come up with new ideas. Today, “Milkyway movies” have a meaning to its audience. We hope we don’t get stuck with one stereotypical label for the next 10 years.

Filmmaker: As you are so prolific, do you still have time to watch a lot of films?

To: Not really. These days I am very selective when it comes to movies. I spend more time on reading.

Filmmaker: What was the last film that had a big impact on you?

To: Dogville. An amazing film which I have recommended to many friends.

Filmmaker: Finally, which actor would you pay to see in anything?

To: Steve McQueen or Alain Delon.