by Brandon Harris
in Director Interviews
on Feb 22, 2010 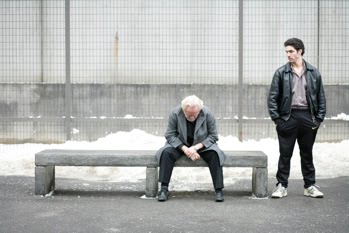 A often stunning and certainly never less than riveting meditation on the coming of age of an Arab/Corsican criminal in the unforgiving French penal system, Jacques Audiard’s A Prophet is that rare bird that feels utterly at home as an art house blockbuster (its pedigree includes the Grand Prix in Cannes, multiple European Film Awards and an Oscar nomination for Best Foreign Language Film) and as a potential crossover hit. It follows a young prisoner named Malik (a terrific Tahar Rahim), who enters jail as little more than a homeless petty thief, but after being taken under the wing of a ruthless Corisican gangster (Neils Aerup), slowly builds an empire of his own. While drawing comparisons to classics of the genre such as Goodfellas, it is an expertly observed, deeply humane piece of crime cinema than has few antecedents.

The fifty-eight year old Audiard, who’s The Beat That My Heart Skipped, a touchingly sincere remake of James Toback’s Fingers, was a success in Europe and on these shores, has quickly joined the ranks of France’s most acclaimed directors. We caught up with him and Rahim at this year’s Sundance Film Festival, where A Prophet made its final fest circuit victory lap before opening in the states later this month. 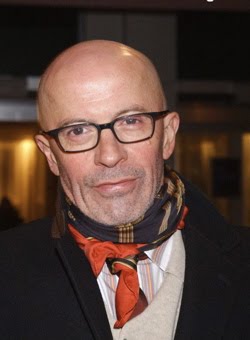 Filmmaker: When did you come across the material that became A Prophet? What drew you to it?

Audiard: We got a script from a producer friend of ours in the beginning, by Nicholas Peufaillit. It took place somewhere else, somewhere different, with people I didn’t know. I didn’t know anything prisons, about Arabs, about Blacks. So I was interested in it.

Filmmaker: This is not the typical circumstance that French cinema spends much time in.

Audiard: typical circumstance in which way?

Filmmaker: At least in America, we don’t often associate French cinema with crime dramas, with depictions of minorities or prisons.

Audiard: It’s true, but its odd in a way. It was only after the fact, after writing the script, that we realized, “we don’t make movies about prisons in France”. It was really kind of innocent in a way. How strange, we’ve been working on this topic that doesn’t interest anyone else, no one pays attention to this. Its all the more surprising because in France we have a lot of problems with prisons.

Filmmaker: What kind of research did you do?

Audiard: I saw a few documentaries. When went to some prisons to see them for ourselves. So I went out fact finding for myself, but only to a certain extent. I didn’t want to take it too far because I didn’t want to make a documentary.

Filmmaker: Did you go with him?

Filmmaker: What preparation did you do?

Rahim: I prepared in my own way. I did my research. I was trying to find a way to create this character as it was originally written, but we ultimately had to change everything. I had to stop that process. It was still very helpful in creating somebody new, this virgin character who goes to prison and then a lot of questions… its very strange really. When I started feeling more free it all made sense, it became more clear.

Filmmaker: You play a character who’s haunted by what he has to do to survive. You’re literally haunted. You rarely see that kind of magic realism and visual audacity in this kind of filmmaking. How does that device tie into what you want to audience to get out of the film.

Audiard: It was a solution to a problem with the script. We realized the character was limited, we were unhappy with it. The character was just a little, hardened, young, criminal, a businessman, a dealer. it was too narrow a concept. What was missing was his inner life. We could have explored his inner life by letting Malik have a friendship with another inmate, but we didn’t think that brought much drama to the narrative. So that where we got the idea of the ghost. If the ghost of the person he murdered came and spent this time with him, it shows Malik’s inner life in an impressive way and at the very least conveys that this person has a sense of guilt.

Filmmaker: What of the relationship between Neils Aerup’s character Cesare and Malik? It has a paternal quality. Yet he’s such a hardened criminal, he’s never able to develop real affection.

Audiard: I never saw it that way. I always saw it as a master/slave relationship. That how we addressed it. The relationship between Cesare and Malik could only exist to a certain point in time. Eventually Cesare would have gotten rid of Malik, because he knew too much, had to much power, or he felt threatened by him. Or the other way around.

Filmmaker: Yet you set up for the audience a dynamic where you want Cesare to embrace Malik in a way he seems incapable of. Yet, by then end of the film, we sense that Malik, now having the power Cesare once had, may have learned from that experience and have relationships in a way Cesare is not. Are we to read genuine growth into the ending?

Audiard: This is where the title comes into play, A Prophet. I think he could be the prototype for a new kind of person. Someone who could have an almost virtuous relationship with evil, which of course is a paradoxical thing to say. He can be capable of both. Malik is a criminal who doesn’t like criminals. He’s often called upon to be violent, but he doesn’t like violence. He has a very unique relationship with money and power. For me, the most important thing as a director and screenwriter was, the end wasn’t business. Business was behind him in the other cars. What was in the foreground was the promise of a new future with this woman and this child.

Filmmaker: His most unique and interesting dramatic situation is that he can’t identify with anyone.

Audiard: That’s why he’s A Prophet. He amasses this knowledge, forges this intelligence and it’s a knowledge of the world around him that can’t be restricted or identified with any of those identities. In the end he seems to identify more with the Muslim community. Nevertheless, I think his position will always be one of withdrawal, there will always be a distance between him and these groups. It’s not one of disdain. It’s simply that if I take this entire culture, its not something I’ll give 100% of myself too. It’s not so much a choice of identities and allegiances as it is of circumstances.