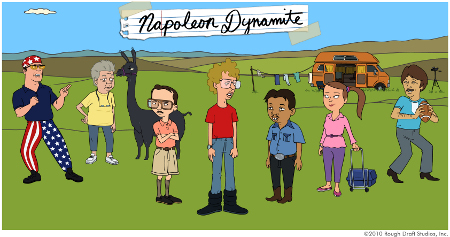 Get ready for awesome drawings, yummy tots and shouts of GOSH and IDIOT because the indie darling Napoleon Dynamite is getting the animation treatment.

According to Deadline, Fox has picked up an adaptation of the 2004 hit for six episodes with the film’s writer-director Jared Hess executive producing and star Jon Heder voicing Napoleon.