102 CELEBRATIONS OF REQUIEM FOR A DREAM 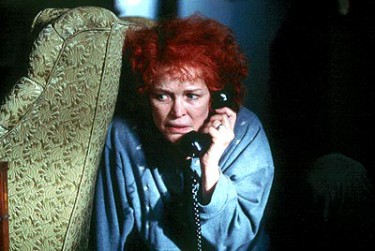 Nicholas Rombes, of The Rumpus’s 10/40/70 column and Filmmaker‘s Into the Splice, has launched an experimental project in film criticism — a Tumblr blog collecting 102 takes on Darren Aronofsky’s Requiem for a Dream. Tied to the film’s tenth anniversary (hey, where’s the features-packed new DVD?), the project consists of 102 contributors writing about 102 frames of the film — one for each minute of its running time.

October 27 2010 marks the 10th anniversary of the release of Darren Aronofsky’s Requiem for a Dream, a movie that shook some foundations. To mark that and to extend the super-charged, experimental aspects of the film, REQUIEM // 102 examines/explores/riffs on/detours from/responds to/aggravates/ supplements/ one frame from each minute of the film. 102 minutes = 102 frames. Inspired by the creative constraints that have produced projects such as Longshot! Magazine and 50 Posts about Cyborgs, the project aims to push the boundaries of the medium and experiment with new ways of thinking and writing about film.

The Tumblr page aggregates the series, and the complete postings live on the contributors’ own blogs. The first two are already up. Chuck Tryon writes about the addiction and the movie as a rollercoaster ride, and Catherine Grant at filmanalytical creates a video essay on the film’s use of split screen, which I’ve embedded below.