Via Google Analytics, here are the top ten traffic-getting posts on Filmmakermagazine.com for 2010. (The top traffic getter was actually the final post of 2009, our “Best American Independent Films of the Decade” list. But I’m restricting the ten below to posts that actually went up in 2010.) 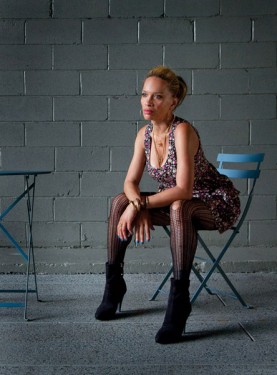 1. 25 New Faces of 2010. Our 25 New Faces list is now regularly the mostly widely read piece each year. I was particularly happy to see some of the first-time filmmakers we selected — Victoria Mahoney, Rashaad Ernesto Green, Sean Durkin, Danfung Dennis, to name four — have their films accepted in 2011’s Sundance and Berlin Film Festivals.

2. Banksy Revealed? Eric Kohn’s quizzically playful blog post from Sundance last year in which he speculated on the origins of Banksy’s Exit through the Gift Shop has stayed at the top of our traffic stats all year. Aside from the outre nature of Kohn’s theories (Spike Jonze as the film’s director?), the post quite presciently anticipated the dialogue between doc and fiction that would play out in this year’s movies.

Facebook, Twitter, Open Indie, Kickstarter — are these new media tools fulfilling their great promise for indie filmmakers? Or are they just a drag? The answer lies somewhere in between.

While social media’s cheerleaders are many — Scott Kirsner, Lance Weiler, Ted Hope, Peter Broderick, Jon Reiss — the solvency of an Internet-enabled DIY filmmaking-and-distribution model is far from guaranteed. At this early stage, the successes are few and far between (Tze Chun’s Sundance drama Children of Invention; Franny Armstrong’s eco-doc The Age of Stupid), and some are calling a sustainable indie-film infrastructure built around crowd-funding and social-network marketing a naïve proposal. 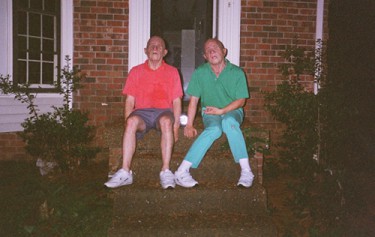 5. Is Trash Humpers Too Trashy for Netflix? My pick-up of a press release from Drag City announcing that Netflix wasn’t carrying Harmony Korine’s latest was widely recirculated. And while I never saw official word, I did notice that weeks later Netflix quietly added the film to their library.

6. The Cannes Film Festival. Livia Bloom’s coverage of Cannes was our sixth most widely read 2010 story. Her lede: “You know the kind of movie where people laugh and cry?” asked a filmmaker character in Kornél Mundruczó’s Tender Son: The Frankenstein Project (seeking American distribution). “I want you to cry.” “I am crying,” responded the would-be actor before him, his face frozen solid. The internalization of emotion, and the tiny, subtle ways it can creep into the features and postures of even the most stoic characters was explored in some of the best work at this year’s Cannes Film Festival.

7. Smooth Criminal: Michael Winterbottom’s The Killer Inside Me. In our Fall, 2009 print edition was Damon Smith’s interview with Michael Winterbottom , and we posted it online in January, 2010 as part of our Sundance coverage. The film was controversial (an audience member denounced it at the post-premiere Q&A) and had Jessica Alba in it, so, of course, a lot of people found this piece via search. But it’s also a good interview, conducted while the film was in post and thus far away from the hubbub it caused in Park City. Curiously, this was a widely read piece that generated not a single comment.

8. Kenneth Turan Crosses the Line. I responded to a Kenneth Turan piece about breaking a critic’s rule (not reviewing the work of a friend — in his case, Zoe Kazan’s in The Exploding Girl) with an extended riff on cinematic rulebreaking in general. Roger Ebert kindly retweeted it, which I’m sure generated a large part of its traffic.

9. Mike Ryan’s Straight Talk. Producer Mike Ryan’s opinion piece on what’s wrong with the current indie scene kicked up a lot of discussion, both online and off. He wrote:

Developing content and nurturing auteurs should be our top concern, not figuring out distribution models or revenue schemes. The whole purpose of independent film is to make films that aren’t prefabricated to hit a target audience of someone else’s devising. In fact, it’s that kind of market-centric thinking that puffed up the bubble with derivative films; it’s those goals that made indie go flaccid in the first place.

Audience-driven content posing as truly independent film has numbed the audience that is hungry for innovative work. Powerful statements told in direct, aesthetically challenging and possibly uncomfortable ways are what mark visionary work. The outer margins are where true visionaries live, and the fact that these artists may not reach the mainstream is not sad; it should be embraced. I’m not interested in dragging everyone I know to the new Bela Tarr film. Bela Tarr is not for everyone (his work is actually for very few), but it is exceptional work, and it deserves to exist, despite the fact that Bela does not have Facebook or Twitter accounts. I’ve heard it said that because filmmakers like Todd Solondz and Jim Jarmusch don’t have readily-defined young audiences reachable through all these various wired platforms that their work is considered less relevant today than the latest viral sensation. Frankly, I find that a sad and scary opinion.

I’m particularly happy that this piece, published back in the Spring, continues to resonate. When Ted Hope posted his “Brave Thinkers of Indie Film, 2010 Edition,” he wrote:

Perhaps no post on indie film initially infuriated me as much as Mike’s Filmmaker Mag piece on the “current preoccupations of the indie film scene“. I strongly disagree with Mike’s blame-it-on-the-audience and build-it-and-if-it-is-good-they-will-come approach, but as the days turned to weeks and the weeks turned to month, the necessity of his central message of needing to be driven by the art and not the business resonated in deeper and deeper ways with me.

10. B-Side Shutdown. Although the IFP, the publisher of Filmmaker, went on to make a deal with the shuttered audience-building distributor B-Side involving its Festival Genius, at the time I wrote this piece, none of that had transpired. I heard of the company’s impending demise through a filmmaker, pursued the story and got a lengthy on-the-record interview with founder Chris Hyams and his team on what went wrong. 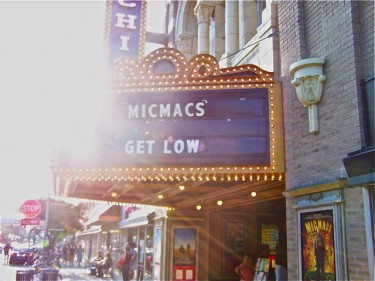 11. Into the Splice: MicMacs. The debut of Nicholas Rombes’ occasional column on the pleasures of moviegoing, “Into the Splice,” was our 11th most read piece this year. Some link I’ve been unable to track down drove a huge amount of traffic here, and visitors landing on the page were treated to perhaps the most unusual column around, one that’s more about the experiences — social and personal — provoked by the act of going to the movies than the movies themselves.

12. New Model Army. In our Fall issue we took at look at a number of independent film producers and how they’re adapting to the current business climate. Jay Van Hoy & Lars Knudsen, Lynette Howell, Jonathan Schwartz and others were all featured, and within the biographical sketches is a lot of good advice for people entering the industry.