My Year Of DIY — The Good, The Bad And The Ugly 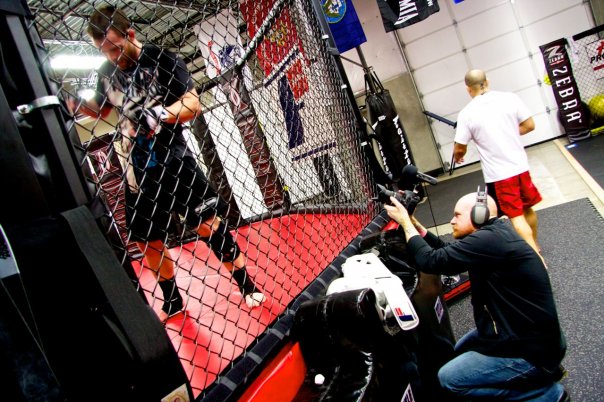 by Gregorybayne
in Filmmaking
on Jan 3, 2011

A short collection of observations from my year of DIY.

My name is Gregory Bayne, and in 2010 I stumbled into a full time “DIY” film career without a back up, without a net, and without, in many respects, a clue. And, though over the course of 2010 I ran two successful crowd-funding campaigns (http://bit.ly/drivenks, http://bit.ly/poiks), made a fully fan-funded documentary feature (that people really seem to love), and released, with my collaborator, a narrative feature…I made less than enough money to scrape by, and currently find myself about to start this process all over again.

While this very fact has caused me to question my sanity, as I look forward to 2011, I take solace in the mere fact that I’ve survived, and at the very least have a much clearer idea of what in the hell I’m doing going forward.

Here are some observations from my year of DIY (in movie reference form).

The Good – Let’s be honest…Independence feels good
There’s a reason, even in this post-indie boom era, that folks like you and me still (perhaps foolishly) indulge ourselves in the art of independent filmmaking. We have stories we want to tell, and we want to tell them the way we want to see them. We love the control, we do…we thrive on the idea of creating something that fully represents our vision, that is ours…recognizably ours. Obviously our general lack of funds, gear, and crew at times inhibits our ability to fully capture that vision, but as a counter-balance our independence, in production, post, and beyond affords us the ability to be nimble, to go with the flow, to make changes on the fly, to go with our gut. The cliché phrase “with great power comes great responsibility” is suddenly ringing through my brain, and yes, it’s true, some of the worst films have been the product of a singular controlling vision, but so have some of the best, and they are the reason we all want to make films.

The Bad – If you’re running the show, you’re running the show
And not just the production, the already hard-won series of creative tasks and energy that make the film…but the financing, the budget, the payroll, the crew relations, the contracts, the timelines, the marketing, including the website, the art design, the trailer making, the press relations, the social media campaigns, the distribution, including finding distribution partners, creating your own theatrical events, creating product, producing product, in many cases even the fulfillment of the product, not to mention the customer service, and a whole host of related and anxiety producing tasks that go into making your film viable. Even if you personally aren’t doing every one of these tasks, like I have, you’re directly involved in them, and ultimately accountable for making them happen. And, no, there are no special tips, tricks, or technological 21st century magic that can save you. It’s old fashioned, time-consuming, hair-pulling, beat-your-head-against-the-wall, hard work. Proceed accordingly. 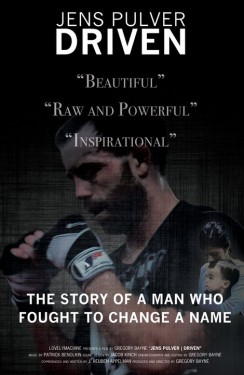 The Ugly – You will fail, somewhere, somehow
I have, over and over, and so will you. It’s the nature of taking on so much. I had the well intentioned idea to write a series of articles here on Filmmaker chronicling J. Reuben Appelman and I’s tour with Person of Interest. A couple stops into the tour I was simply exhausted, deep in post on my documentary, and facing the daily burden of trying to figure out how to finance the film and my life. Certain things fell by the wayside, and those articles, well, let’s just say they are still “in production.” Bottom line is, if this is indeed what you want to do, you have no choice but to move forward, even in the face of these failures and shortcomings.

The Practical – There is no glamour here
I once wrote an article in which I described the “independent film industry” as less an industry, and more a form of legalized gambling. I stand by this today. I no longer consider, like many, a DIY approach…or can we just call it what it really is…taking responsibility for our own work and destiny, a “last resort.” This is what I do, and because this is what I do, and because I do it without any tangible connections to wealth or power, I cannot afford to approach it as if I were playing the slots in Vegas. I am compelled to follow the age-old practice of building a business, perhaps my own cottage industry, from the ground up. Meaning I must, you must, we must, get our hands dirty, and realize that if our end goal is to make a living by the work of our own hands, we are in fact creating a product. This is a product that initially only we will care about, and the world at large will see as fully disposable, but at the end of the day, and beyond the art (which mind you is definitely in the eye of the beholder) your film, your body of work, is a product that you can, with patience, back-breaking hard work and a keen eye on the long view, build upon.

Parting thoughts – Ultimately, your voice is all you have
The world is small, and the landscape of consumable media is a vast and crowded space. If you want to carve out your piece of it, the only true and valuable tool you have in your arsenal is your voice. This may seem like a simple thing to figure out and trade on, but it’s not. Most voices, especially in filmmaking, are echoes of another; derivative works culled from an amalgamation of voices come before us. If you want your piece, spend less time worried about your social media presence, and more time on figuring out what exactly it is that you do, and then do it better with each outing. Ultimately, your voice is all you have, all you can build on, all you can trade on. Everything that you are being told to do now to market and distribute your film is going to change in six months. Facebook and Twitter will only exist up until the point we get bored with them (which is imminent), or something better comes along (which it will). You can spend this next year wrapped up in trying to figure out how master the social media marketing landscape, which will change as soon as you do, or you can stick to the fundamentals and work on your work, cultivating and mastering your own unique voice…because ultimately, at the end of the day, your voice is all you have.

Gregory Bayne is a filmmaker living and working in Boise, Idaho. His film Person of Interest is currently available for download on VODO, and will be released this Tuesday on IndieFlix. His latest, Jens Pulver | DRIVEN, an intimate documentary about the legendary UFC Champion, will begin an international screening tour this spring.