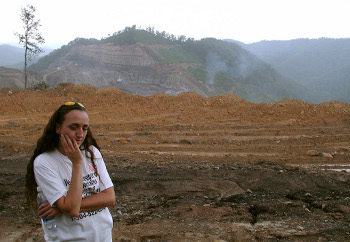 Almost 30 years ago I began my professional life as an inventor, and the first device I worked on was a system for reducing the air-pollution effects caused by burning coal. So when I began work on The Last Mountain, a tale about the struggles of a small community fighting against dominant power of a local coal-mining operation, I was sure I understood the dust-smeared consequences of burning coal. But at every turn I was surprised, at the scale and scope of the coal industry’s black smudged paw across America, and the world became clearer.

More refreshingly, the wondrous way that a small personal story — in our case about the fate of the last great mountain in central Appalachia and the families that rely on it — can be a prism through which so much human and sociocultural experience can be refracted, never ceases to amaze me.