Trolls Vs. Lou Reed at Sundance 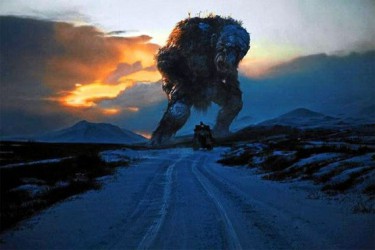 Quintessential Sundance experience: I arrived in Park City earlier today. Got my badge. Went to The Troll Hunter because, well, I like monster movies. And trolls? I love trolls! The Troll Hunter is kind of like Troll 2, except with, you know – good special effects, decent actors, a coherent story…that being said, I’m a die-hard Troll 2 fan and will continue to sing its praises.

After The Troll Hunter, I saw a film that will probably go down as the worst of the festival. Tons of walkouts. Awkward laughter. Not really a “so-bad-it’s-good” movie. Just awful. I won’t name it. But I’ll devote another post to describing the experience of sitting in that theater for over two hours. What I’d like to describe right now, though, is this:

As I was leaving the Holiday theater, a Sundance volunteer yelled: “Hey – the Lou Reed short is about to start! Who wants to hear Lou?” 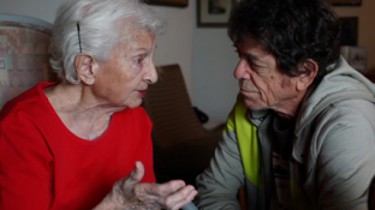 I knew nothing about this Lou Reed film. But I wasn’t going to pass it up. I was ushered to the front row – the only seats left – moments before the film was introduced by Tracy McKnight (head of film music for Lionsgate, longtime Sundance advisor/programmer, and an old friend of mine).

The film – Red Shirley – is a short documentary about Lou Reed’s century old cousin Shirley, who arrived in North America at age 19, becoming a dressmaker, union activist, and was even at the front of the crowd during the March on Washington for Jobs and Freedom. At over 100, Shirley is still funny and fiery. It’s the kind of life we should all hope to live.

Reed co-directed the doc with famed photographer Ralph Gibson, shooting on a Canon 7D and achieving a conversational tone that’s moving in its tiny details of mandolins and pillow cases – as well as families being torn apart by war only to be reunited by the Red Cross years later. 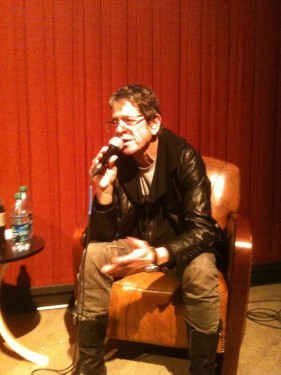 Then Lou did a Q & A with Tracy. He thought it was funny that his cousin chose to immigrate to Canada over the United States because Upton Sinclair painted such a grim portrait of America in The Jungle. When asked what his favorite films are, Reed answered: “Anything by Orson Welles.” He’s also a big John Ford fan and a technophile when it comes to digital cameras. And Lou was, as you’d expect, effortlessly cool.

When it was over, Tracy introduced me to Lou Reed. He shook my hand, and while he didn’t really look at me (I think he was admiring his new boots), who cares? It’s Lou friggin’ Reed!

That was Day 1 of Sundance for me. Trolls, a celeb-packed disaster of a film, and then…accidentally meeting the coolest man in rock n’ roll.

Day 2 will probably bring fewer trolls and former members of The Velvet Underground, but – I’m estimating at least one more Hobo With a Shotgun. 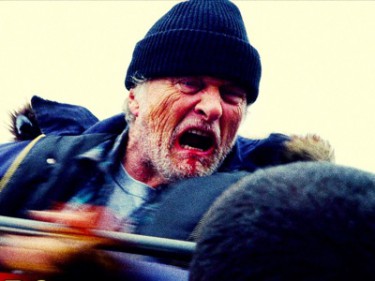