A RESPONSE FROM NEOFLIX’S JC 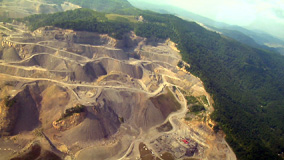 Before I posted Thursday’s blog post about financial troubles at independent fulfillment service Neoflix, I tried to reach its owner and president, JC, for his account of the situation. Tonight I received from him an email addressed to me and Jon Reiss, whose blog post I included in my posting. I am reprinting JC”s response here in its entirety

Those in the Indie film community who are interested in self-distribution deserve a direct update from me on Neoflix shutting down. I hope you will include this letter in its totality in any articles or blog posts that you write about Neoflix/Magic Rock.

I can’t tell you how much we understand everybody’s frustration and disappointment. We have done everything we could to salvage Neoflix/Magic Rock, including leveraging myself financially well beyond what most reasonable people would do in order to try to create a self-distribution system that would work for independent filmmakers and producers. Some are quick to criticize or suspect fraudulent activities by a company that cannot pay its debts, but that is not the case here. We paid 95+% of all client anticipated revenues over the four years the company operated, without ever making profit or taking assets out.

The fact was the Neoflix model was not sustainable unless we had at least 300 filmmakers selling at least 2 films a day. In reality, during Neoflix’s best year we had 250 filmmakers selling a combined average daily volume of 80 units, which equated to 0.3 films per day per client. The long tail concept did not track for most clients as most films would receive a burst of sale in the initial weeks or perhaps even months, and tail off sharply thereafter. (Here’s a blog we posted last year showing this tailing-off phenomenon.) This meant that Neoflix needed to recruit a new client base or film year after year, which requires constant investment in sales and marketing dollars, which we did not have.

There was demand in the filmmaker marketplace for our shopping cart and fulfillment service, but consumer demand for the films themselves did not remain high enough in a bad economy to cover our overhead (which was not extravagant by any view). We tried to help clients figure out how to sell more DVDs and products. We built software applications to address specific service needs. We analyzed the overall marketplace and the sales channels, and determined there were ways filmmakers could sustain sales volume over time if a wider distribution strategy across different outlets and platforms can be implemented. With that in mind, we started to build new pipelines to help clients sell across a larger audience base (e.g. Amazon, educational/libraries, and never-launched YouTube channel). The company that can successfully execute this strategy, matched with clients sustaining their marketing effort, may hold the key to success for long-tail distribution.

All of these activities took time and money to execute. While we kept experimenting, we also kept sustaining the lack of profitability with more personal investment because we truly believed that a low-cost, long-tail solution for indie filmmakers would find its footing over time with economies of scale and with more insight on developing that breakthrough solution.

I wish Neoflix had some residual value that could be sold to help address the clients’ loss, but there are no assets. We aren’t filing for bankruptcy because there is nothing to protect. We shut down the service when it became apparent that there was not enough continuous volume in the long tail pipeline that would bring the necessary critical mass to sustain break-even operations and catch up on debts, and that outside funding was not coming in. Potential investors were not interested in our indie film business model for several reasons, even when we included a digital model. Most of all, investors saw little upside opportunity for the risks they would take given the anticipated challenges and metrics proven out by the Neoflix experience.

During the last few months we lost our lease, our services partner, and many clients as our ability to subsidize the business ran out and as demand for DVDs fell off. I’m heavily laden in personal debt related to the Neoflix/Magic Rock venture and face difficult work-out plans with banks, which I mention just to reinforce that we have not been untoward about how we spent money. I’m just trying to be open and honest about things as that was how we ran Neoflix since its inception.

This was a passion project that got under my skin, and despite signs that DIY would require a far wider adoption in the filmmaker community to sustain our business, we believed filmmakers would rally and so we kept plowing forward in anticipation. I even convinced other professional management to come on board to help work the DIY problem. They worked without compensation because they were also passionate about indie films, and believed a viable DIY service business could be created. As you know by now, the result was not what any of us planned.

One hindsight remark is that perhaps we should have priced our services higher — 10% or 12% base fee was too little at the outset to fund the development of a new service in an emerging market. We were betting that volume would grow and that we could make it work by giving filmmakers the highest percentage possible. So maybe a message for the community is that services from companies charging 20% or more may seem costly, but they are doing what they have to in order to be sustainable while the DIY format works itself out.

I was proud to lead a team that was passionate about independent films, and had hoped to be an agent of positive action for this community. I’m sorry it did not work out that way and we have client debt that we cannot pay. Looking back at these four years I am not sorry for taking a shot at something I thought was both worthwhile and important, and will always remember fondly and with respect the many great people I met during this period.