JUST LIKE THE U.N., BUT DIFFERENT: ROTTERDAM PRODUCER LABS 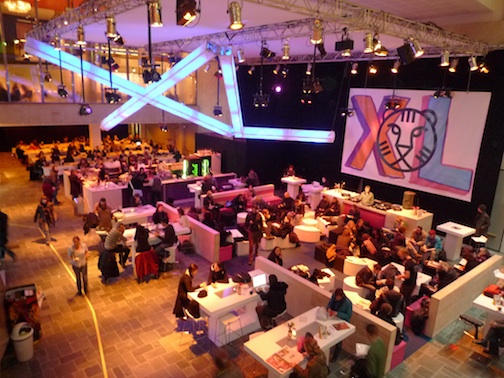 by Alicia Van Couvering
in Festivals & Events
on Feb 6, 2011

Sometimes you wind up in a place where you do not have something that everyone else has. So it was being a young American producer at the Rotterdam Cinemart Labs, straight off the plane from Sundance.

Think: Independent Film Model Congress. I and my fellow American, Billy Mulligan, found ourselves on Day One in a “Speed Dating” scenario, spending five minutes each with our new international producer friends. 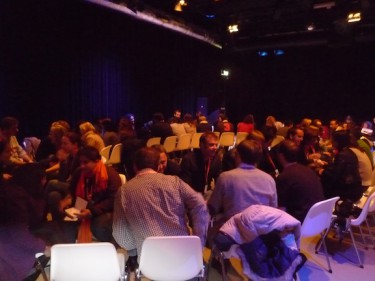 From this and the subsequent wine-fueled dinner, I understood quickly that for all the different backgrounds and accents (Bosnian-inflected Scotch English being the prize winner in this department), we were all quite similar. Ambitious, well-spoken young people who had no clear idea on how to make a living being independent creative producers, but who were not afraid to try.

The next few days unfolded with a packed schedule of lectures, workshops, cocktail parties, further speed dating, further cocktail parties and one final Euro-Indian-Britney Spears dance party, which was like a loud, drunken Benetton ad. Everyone’s projects were fascinating, and everyone’s network of resources was mind-boggling (“My friend runs a distribution company in India that’s expanding to Montreal…”). You were encouraged to strike up lunchtime conversations with strangers, which was only awkward until the second glass of wine (wine at lunch!) and always enlightening (NB: Ask a table of New Zealanders about The Hobbit and labor laws and expect to start an argument.) I was familiar with the basic concepts of international co-production — state treaties encourage cross-country production via government money, i.e. German and Belgian money flows for a movie shot in Germany with Belgian crew. 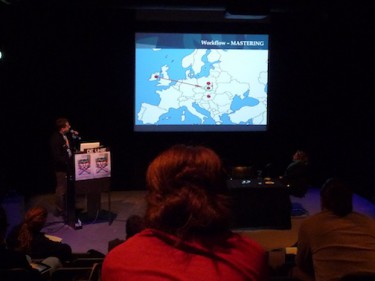 How post-production works in Europe.

But I had never been face to face with the breadth and depth of these systems. Despite serious complexities and a global financial crisis, Europe has it figured out. There is government money to develop projects. There are well-organized and distinguished training groups for international producers (Ace, Ease.) There are markets devoted to nurturing said projects (the Cinemart itself.) Being an American in this group meant that several times per day, one of my new friends would turn to me and say, “Wait, how do you get money for films?” We find individual investors, I would reply, and they would laugh and laugh.

Needless to say, I was incalculably inspired by all the energy and ideas and talent encircling my humble self, and vow to become a true Producer Of The World.

A few words about Rotterdam: unbelievably quality programming, mainly of films I will almost never have another opportunity to see, each one more strange and bold and original than the next. I saw Jan Svankmejer introduce his new feature, which is a live action / paper-animation Russian nesting doll of a dream epic, a German-Japanese experimental poem of a film about wood nymphs, cognitive dissonance and Tokyo hospitality bars called AUN: The Beginning and End Of All Things, and Will Oldham in R. Albverson’s SXSW-entry New Jerusalem, a rare American indie film that dares to contend with spirituality and The Struggle For Meaning. Finding programming whose mandate seems to be to Push Boundaries and Explore Margins is one thing; finding only those films, with no star-filled premieres to draw crowds but crowds nonetheless, in an environment industry-friendly enough to feel relevant, is nothing to sneeze at. 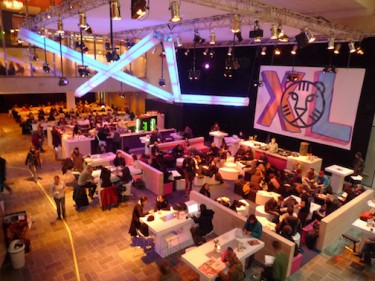 Speaking of sneezing, readers may remember my tendency to get emotional in films after travel nightmares. Four canceled Utah to Amsterdam flights, one lost suitcase, a bad case of Sundance Flu which lead to a 7-hr sweaty fever-dream of a plane ride made me… fragile. Indeed, I wept during the Svankmeier when the miniature paper cut-out version of an old man swam the breast stroke through a bathtub dyed red from his mother’s suicide blood. But so did all my new friends from South Africa, Toronto, India, Greece, Montreal, Scotland, London and Australia.