“YELLING TO THE SKY” PRODUCER BILLY MULLIGAN, PART ONE

Producer Billy Mulligan, who is attending SXSW with Victoria Mahoney’s Yelling to the Sky, is filing a series of guest blog posts. Here’s the first. 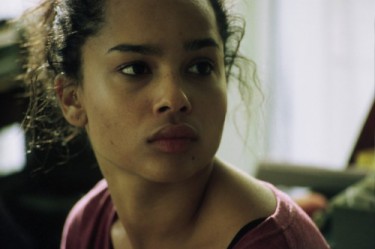 I’ve just touched down on Texas soil, a first for this pale-skinned, mid-winter-hibernating New Yorker. It’s a truly wonderful thing to be here conveying my experiences promoting a film I produced that is extremely close to my heart. The film is Yelling to the Sky, a narrative feature born from the rib of debut writer/director/producer, Victoria Mahoney. The occasion is our North American premiere this weekend in the Spotlight section of SXSW.

We have flown down to Austin right off the heels of our World Premiere in Competition at last month’s Berlin Film Festival. Even before Yelling was in the can, we put a lot of weight into the conversation about which festivals, if we were fortunate enough to be accepted, would convey the right message about our film’s potential to the industry and audiences alike.

Our film needed to align with festivals that would expand the perception of where the film could travel. We also wanted the festivals — whether considered on their own, or together as a 1-2 punch — to show what type of filmmakers we were aiming to be in the long run. We worked hard and made concrete business decisions that assured the film would be singularly considered by all of our top festival choices. Upon receiving impassioned invitations from Dieter Kosslick in Berlin and Janet Pierson at SXSW, we knew these two enormously different festivals would be a dynamic combination to launch the film.

The film stars the brave and beautiful Zoe Kravitz as a teenaged girl struggling to persevere as she witnesses her family members succumb to their demons, while her high school peers antagonize her at every turn. The story presents characters dealing with substantial issues such as bullying, drug abuse, domestic violence, unplanned pregnancy and mental illness. These are topics that mean completely different things to people in every culture, in every different age group, in every town on the globe. Throughout every step of making the film, I watched Victoria as she pried the story open in countless, tender ways to be inclusive, to erase judgment and to present characters with equal parts vulnerability and strength as they experience moments of major growth.

This weekend, we’ll be present in celebrating the work of each and every person who gave themselves over to the cause of making Yelling to the Sky the film that Berlin and SXSW programmers have embraced.

The less existential part of our festival launch was the fact that, from the moment we got the good word about Berlin up until 48 hours before our SXSW premiere, we faced a daily marathon of challenges to meet our film’s needs — subtitles for the German print, solving how to afford traveling our cast to Germany & Texas, the endless hours editing and creating production notes from scratch, selecting scenes for press, selecting short clips for festival promos, deciding how big an army of publicists is necessary for each fest, creating festival posters for each festival, not to mention fundraising in an impossibly short period of time. And then, let’s not forget, how in the hell was I going to afford to buy my first suit for Berlin?

Ultimately, as that all-too familiar feeling of being in production kept creeping up as we prepared for the festivals, we would come back to the guiding principle: “It’s our turn.” We weren’t the first filmmakers to tackle these challenges and we wouldn’t be the last. It was simply our turn and we embrace it fully.

I am a SXSW newbie, but have held the wish of being a part of the festival for many years. Over the past few weeks, I have tried not to speculate too much on how I want Yelling to benefit from playing at SXSW. I prefer to concentrate on my belief that we have put our best foot forward with every frame onscreen. I put my faith in one thing and one thing alone — the power of our film to move people. In a strange way, this leads me to feel at this moment like Yelling will be safe once the lights go down in the theater for our SXSW screenings. I’ll report back over the weekend. — Billy Mulligan