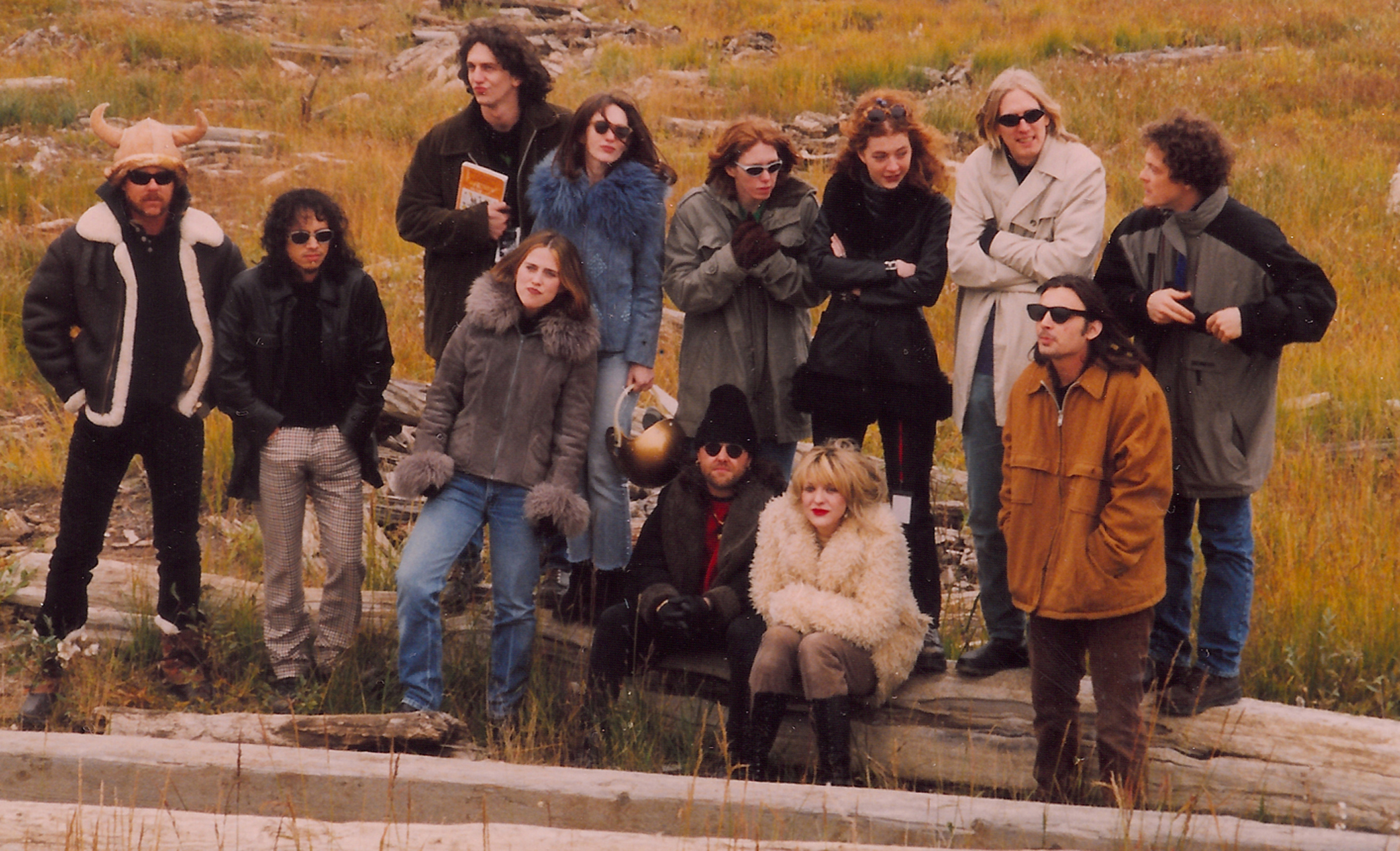 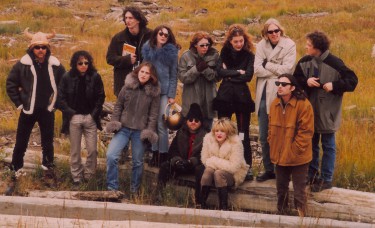 A veteran director and producer of cable television (Wicked Wicked Games, Desire), P. David Ebersole’s rock doc Hit So Hard is a typical booze-and-drug-filled profile of his friend and collaborator Patty Schemel, the original drummer for the seminal grunge band Hole, who fell on hard times after the always controversial rock band’s heyday.

Filmmaker: How did you first conceive of Hit So Hard?

Ebersole: My friend Patty Schemel brought me a gold box, filled with 40-plus hours of never-before-seen video footage from when she was on tour with her band Hole. She shot the tape on Hi-8 and was afraid it would disintegrate soon, so she came asking for advice about how to best preserve it. Soon, the two of us were transferring the tapes and watching the footage together. Patty, a great raconteur, began telling me her very personal and sometimes harrowing story. And the seed of the documentary was born. I’m a narrative filmmaker so when I told Patty she might have a documentary on her hands, I had no intention that I would be the one who would helm it. But Patty and her wife Christina Soletti, a close friend of ours and a producer in her own right, came back and said they needed and wanted someone in the family they could trust to do it justice. My husband/producer Todd Hughes and I spent the next few years interviewing Patty’s band-mates including all the members of Hole (Melissa Auf der Maur, Eric Erlandson and Courtney Love), friends, fans, social critics and other women drummers to craft what has become Hit So Hard: The Life & Near Death Story of Patty Schemel. So this film is literally a family made film: with Todd and I doing the heavy lifting, Christina finessing all of our access, and Patty’s best friend Roddy Bottum writing the score. Everyone working on or appearing in it did so out of love for Patty and a belief that telling her story, now, was important and necessary. It was the definition of a “labor of love.”

Filmmaker: What were your biggest challenges when constructing the film out of all that material?

Ebersole: This movie was beyond low budget, it was literally out-of-pocket. So the largest challenge we faced was finding an editor. I come from narrative where you bang out a director’s cut in 8 weeks and finish it all up in another 4 weeks. Even if you have to beg for favors, it’s only a couple of months. This movie took a full year to cut. There isn’t a friend alive that can give you that amount of time. So I had to go back to my roots and teach myself how to cut again. I was head of post production at both NYU and USC film schools and I worked as a video editor once upon a time, but when I started it was flatbeds and ¾” linear systems. When things transitioned to non-linear, I learned the basics but from that time on I worked with editors. To keep Hit So Hard moving forward, I decided to rough in the scenes and the structure, always thinking eventually I would turn it over to someone else. Every time we got someone to say they could hop on, they’d get some awesome full paying job. Patty shot so much amazing archival footage and people told so many great anecdotes in the interviews, that our first cut ran over four hours. I won’t say it was boring but it certainly helped the few people we subjected to it get a little shut-eye. “Think of the DVD extras,” we would say as things got eliminated and Patty’s story shone though more and more. I just kept cutting and cutting and honing until we one day showed it to friends who were now fully engaged and quoting lines from the movie back at us, and Todd and I looked at each other and said, “Hey! It seems to be done.”

Ebersole: We had a unique path to SXSW because we were finishing the film as we were applying. They sent us a lovely note, telling us they loved the movie and were looking for a spot for it but had to grid out the fest before they could commit. READ: “You’re not done! Please let us know when you finish!” So the closer we got to finishing the higher our hopes got that we would get a slot. On the day we thought we would hear yes or no, Todd and I had our iPhones on constant alert. We finally relaxed and went to lunch and as the food was being served, Todd hit check mail one more time. His eyes went wide and I knew. It was the news.

Ebersole: We would love to let some big huge company release the movie into six billion multiplexes at once, worldwide, throughout the universe in media now existing or net yet invented. Converting it to 3-D. So in other words, yes. The world of distribution has changed so much. Once upon a time we went to festivals with our movies, hoping to get “bought” by “Miramax” for “$X millions” of dollars. Now, being “bought” means 100 different things and you have to be prepared to parcel out your rights. As my (genius) friend Effie Brown recently said to me, “It isn’t a sprint, it’s a run.”

Ebersole: How do you top a rock & roll documentary, filled with the ups and downs of life-threatening addictions, about the openly gay drummer of Courtney Love’s Hole? How about The Devil Made Her Do It, a true-life narrative (based on rumor and hearsay and the tabloids) about the relationship between Hollywood bombshell/confirmed genius Jayne Mansfield and the sexy but married Anton LaVey, head of the church of Satan? The script Todd and I have written asks the burning question: was wild acid-loving Jayne spinning out of control before her tragic death in 1967…or did the Devil make her do it? We want Christina Hendricks from Mad Men to play the tit-u-lar role (Jayne’s joke, not mine).