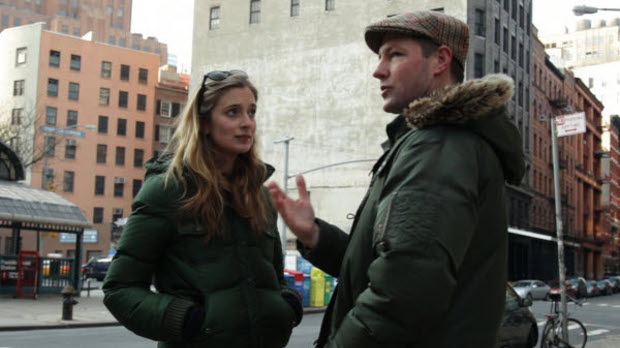 by Scott Macaulay
in Filmmaking, Production
on Mar 18, 2011

While working yesterday, I was following Ed Burns’ Twitter stream, in which he detailed the no-budget nature of his latest film, Newlyweds. With a shooting budget of $9,000, Burns worked with a three-person crew, shot on the Canon 5D (which he owns), had the actors wear their own clothes and do their own hair and make up, and worked without lights (except an occasional china ball) and sound mixer (the actors wore lavs). Tweeted Burns, “Sound is important but don’t let it slow you down. The Italian Neo-realists didn’t and they made some pretty great films…. No disrespect to soundmen and women, but on these shooting schedules (12 days) you can’t be precious. When I have a budget, I have respect.”

He also revealed the budgets of all his films: “Budgets for past movies: The Groomsmen 3 Million, Purple Violets 4 Million, She’s the One 3 Million, Sidewalks of NY 1 Million, No Looking Back 5 Million, Brothers McMullen 25K. Looking For Kitty 250K, Nice Guy Johnny 25k, Newlyweds 9k.” Breaking down this latest picture, he writes, “Newlyweds shooting budget: 5k for actors, 2k insurance, 2k food and drink. 9k in the can. We only shot 12 days. That’s how to make an independent film.”

Interesting here are a few things. First, Burns is obviously making the choice to work this small. I’m sure he could successfully pound the pavement for a bigger budget. It’s just that he doesn’t want to do it anymore. He tweeted, “”I went hat in hand to the money guys for years. Just couldn’t do it anymore. Decided to write smaller stories and never looked back.” Second is the level of transparency. With first-time filmmakers being told by sales agents “not to talk budget,” here’s a veteran who has no qualms about pulling the curtain all the way back.

For more of Burns’ production tweets, follow him and/or visit Notes on Video, which has aggregated all the tweets in one place.

Speaking of Ed Burns, one of my favorite director dialogues appearing in Filmmaker is this one between Burns and Kevin Smith. Burns had won the Sundance Grand Jury Prize with The Brothers McMullen and was awaiting its release. Smith had scored with Clerks and just finished shooting his sophomore film, Mall Rats. Here’s an exchange where they both talk about facing down rejection and summoning up the will to become a filmmaker. Once more, it’s interesting to see Burns embrace now the same model he started his career with.

Burns:…. I knew I wanted to make films. I had written about seven screenplays, sending them out. Getting rejection letter after rejection letter. My dad was like, “You wanna be a filmmaker? Go out and make a fucking film. We don’t know people with a million dollars, so let’s figure out a way to make a low-budget one.”

Smith: And this was who?

Burns: That’s exactly what he said, and the other good, important advice he gave me, which helped with rejection letter after rejection letter, was if you’re interested in the end result, you’re in it for the wrong reason. You enjoy the process. You’re doing this for you. You make the film you make. Who gives a crap what anyone else thinks? Does it hurt to be rejected? Hell yeah, it stings. I actually have all of my rejection letters –

Burns: I took them all and stuck them on some thing and framed them. I actually have a rejection letter for McMullen from Fox.

Burns: No the big Fox and that one is on the frame.