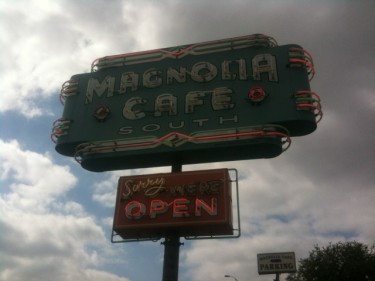 I’m waiting to board my flight home to the U.K. It’s been an amazing week at SXSW and I am delighted the way my film SOUND IT OUT has been received. I imagined that I would send regular blog updates to Filmmaker but it’s ust not the kind of festival where there is a spare five minutes in the day. Each day we vowed to get bed early and have some decent sleep and each night we’ve ended up at the 24 hour Cafe Magnolia for late night snacking and putting the world to rights. 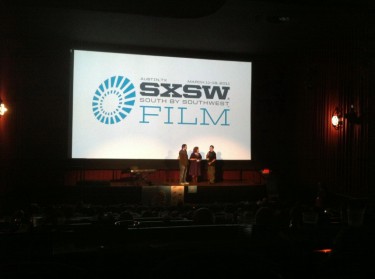 For our premiere (and other screenings) the Alamo Ritz was sold out, we had the rumored queue around the block and the audience was great. The Alamo Ritz is not like any other cinema I’ve been to. One can order drinks and food during the screening and the waiting staff deliver this in a seamless and skilled silent ballet. Saint Saviour who features in the film played live in the cinema before the film started, and I nervously introduced the film and then sat in my seat. As soon as I heard the first laugh and audience connection I knew I could sit back and order a root beer float. 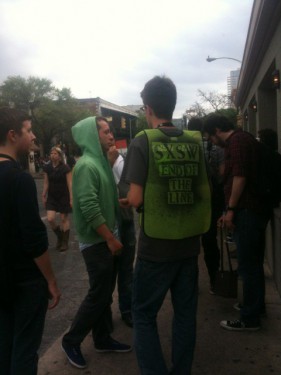 (The end of the line)

Audiences here are not like they are back home. It’s a cliche to say the British are reserved but we’re certainly quieter generally, especially in the cinema. When I heard people laughing and applauding the film as it was playing I was bowled over. I had worried the strong regional accents in the film (or as this review describes – “nifty accents“) might not connect so the audible connection was thrilling. 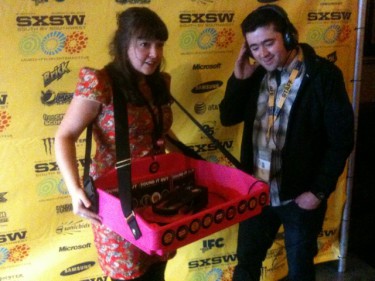 SXSW bring back directors from previous years to host the Q&A’s so I was lucky to have Jeff Malmberg from Marwencol and Gary Hustwit from Helvetica as well as programmer Jim Kolmar for my screenings. I Made Marwencol my film of the year last year in my top ten for Directors Notes so it added another layer of surrealness to the occasion. 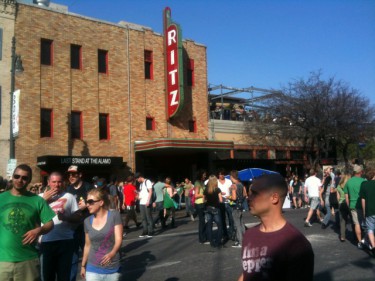 (Alamo Ritz after our screening)

We fundraised on Indiegogo to bring Tom, who runs Sound it Out Records out to SxSW. Even though he vowed that he was not going anywhere near a stage — he is pretty shy guy — he bowed to the audience chanting of “Tom, Tom, Tom” and made an appearance. Best Q&A question “What’s the best way to clean a record — dry or wet cloth”. Answer: both.

In the moments after the film and Q&A finished I was invited to screen at three further festivals and party invitations and business cards were thrust into my hands in a blurry, heady mess. For the rest of the week people kept saying hello to me and  I could not tell you who anyone I met in that half hour actually was. 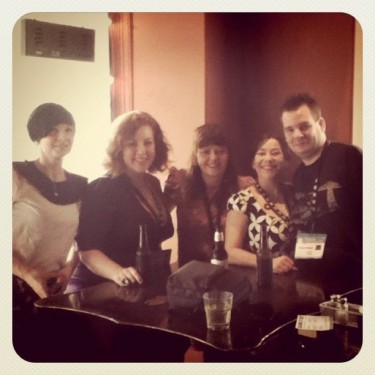 The press response to the film has been great with a fantastic feature in The Guardian, in fact three features who had a huge presence at SxSW this year were profiled. Here’s the online version of the printed article. I am bottom right under the headline The thoroughly modern woman. 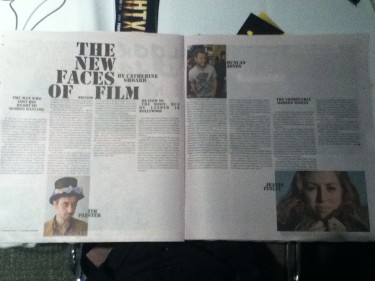 I’ve never enjoyed public screenings more and the sheer exuberance of the crowds at SXSW was overwhelming and a fantastic way to start the film’s public life. Our second screening had a healthy smattering of great critics including Matt Singer from IFC – “Sound it Out isn’t just good, It’s important” — his review also brilliantly uses the word “Ipiddles”  and Adam Benzine from Realscreen “The last of a dying breed” as well as bloggers and online critics. We also had many interesting offers from distributors and sales agents which we’re currently considering and I’m hopeful that Sound It Out will have a long public life. 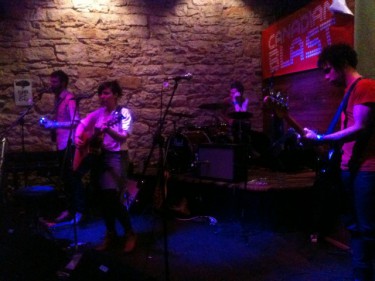 With our screenings almost over the orange badges and small gangs of smart-phone-wielding interactive boys gave way to the blue badge wearing cool kids of music. The streets throbbed to scores of buskers and gigs happening all over the city. At one point I checked the SxSW app to see what was on and there was a dizzying choice of 780 events on that day. We opted for The Domino Showcase and armed with a music wristband went to see King Creosote who features on the soundtrack of my film and the mercurial Frazey Ford. Ironic but I spent more time with Scots and English people thousands of miles from home, but there you go, it’s that festival alchemy and sometimes you have to travel a long way to know more about home.

Walking home down 6th Street Sally my PMD pointed out the flat we almost rented above Coyote Ugly — It looked like the noisiest place on earth and a million miles away from the gorgeous architect designed house we found on AirBandB just off South Congress. I shuddered and remembered never take anything on Craigs List at face value. 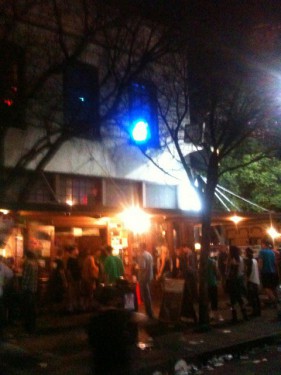 (Where we almost stayed on 6th Street) 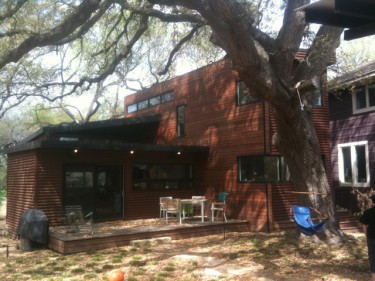 (Where we actually stayed just off South Congress)

So I’m travelling home with a suitcase full of business cards, DVDs and new music to listen to as well as many, many good memories. It’s been one hell of a fest, the first of many I hope. Look out for the film near you soon and see you next year!