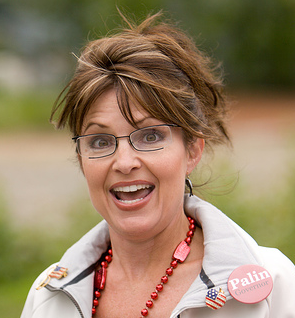 In my review of 2010 in film, appearing in the Winter issue of Filmmaker soon to depart newsstands, I predicted controversy in 2011 over state film tax credit and incentive programs. That controversy has today landed on an unlikely target: Sarah Palin. First, here’s what I wrote:

In December, Wall Street analyst Meredith Whitney made waves when she predicted a wave of municipal bond defaults, highlighting the perilous financial position of recession-strapped state and local governments. Indeed, independent filmmakers might find their beloved film incentive and rebate programs impacted in 2011. The seeds of this began in late 2010, with the Incentives Office sending out an email blast headlined, “Dark Day for Incentives Programs.” The head of the Massachusetts Film Office, Nick Paleogolos, was terminated when his office was merged with the Office of Travel and Tourism. “There is speculation that his successful campaign to stop a $2 million talent cap from being implemented led to his departure,” the Incentives Office wrote. Iowa’s program is in melt-down, with former commissioner Tom Wheeler on trial and one filmmaker being indicted for first-degree fraud and another pleading guilty to first-degree theft. Governor-elect Terry Branstad has vowed to scrap the program. It should be said that there was good incentives news in 2010 as well, with New York’s controversy-free program being re-upped after a three-month limbo period caused by State budget issues. Still, reports are trickling in of other state governments delaying promised film incentives payments. Even more distressingly, the 2010 elections and Tea Party fervor have turned film incentives into political footballs. In Florida, a provision in the state’s film tax incentive bill proposed denying funds to films that promote “non-traditional family values.” And while Danny Trejo may have said, “Don’t Mess with Texas” in Robert Rodriguez’s Machete, Governor Rick Perry messed with the film’s credit, revoking $1.75 million under a clause allowing the State to deny funds “because of inappropriate content or content that portrays Texas or Texans in a negative fashion.” Expect stories like these to accelerate in 2011.

On Tuesday, the conservative Tax Foundation linked to an Anchorage Daily News report claiming that Palin’s cancelled TLC reality show Sarah Palin’s Alaska will receive $1.2 million in tax credits. Created by the Legislature and signed into law by Palin in 2008, the Alaska incentive is a transferable credit worth 30% of the production spend in the State. “We would be curious to know how government subsidies for reality TV fit into Palin’s broader view on the proper role of government,” the Tax Foundation’s Tax Policy blog sniffed.

Here’s a case where even left-leaning independent filmmakers can support the former Alaska Governor. As we’ve written about before, tax credits are economic incentives designed to develop new local industries and are on balance a net-plus for state tax coffers. (Conservatives have been debating this point, however; in an article on the Palin pic brouhaha, Jim Geraghty in the National Review links to the Fairbanks Daily News Miner, which claims that each of the 14 jobs created for Palin’s show cost the taxpayers $80,000.) But, as Geraghty makes clear, for conservatives, the fundamental argument is not one of tax-code efficacy but rather ideology:

The problem is that every advocate of every tax break, subsidy, and earmark contends that their proposal “incentivizes business.”

If limited government is to mean something, it means there must be some areas of economic activity that government does not seek to steer, influence, promote, regulate, or restrict. Movie-making and television production would seem to be a good place to start.

When Palin signed the bill into law in 2008, I’m sure she didn’t imagine herself the star of a reality show that might take advantage of it. And while the credit may have made the Alaska-set show financially viable, it’s not like there’s a direct line from the taxpayer to her pocket. However, with her skill at making a one-day news story a one-week one, she has blasted the conservative Daily Caller, which agreed to run a 650-word statement by Palin on the matter in full, because an excerpt of her statement was placed to far down in their story about the issue. A variety of more mainstream outlets like Gawker have now picked up the story. Good for us filmmakers, because more people will read Palin’s succinct defense of film subsidy programs. An excerpt:

“It’s also a false accusation to suggest that signing this bipartisan bill somehow goes against my position on the proper role of government. I’ve said many times that government can play an appropriate role in incentivizing business, creating infrastructure, and leveling the playing field to foster competition so the market picks winners and losers, instead of bureaucrats burdening businesses and picking winners and losers. Again, I can’t speak for what other states do, but Alaska’s film production tax credit program is an effective way to incentivize a new industry that would diversify our economy. It worked. The lawmakers’ successful legislation fit Alaska’s economy, as our economy is quite unique from other states’ due to our oil and gas revenue. Perhaps it would behoove people to learn much more about the 49th state’s young economy before making broad accusations about the efficacy of business programs.”