“HIS AND HERS”‘ KEN WALDROP | By Alicia Van Couvering

by Scott Macaulay
in Sundance Features
on Jan 27, 2010 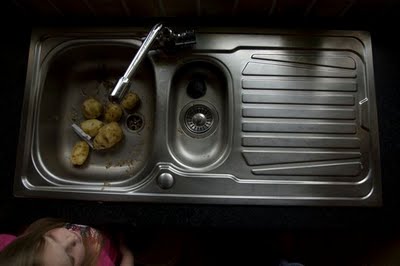 Ken Waldrop’s His & Hers is a documentary focusing on 70 women from the Irish Midlands, arranged chronologically from age 0 to 90, telling small stories about their lives. Irish Midlands women, being funny, sarcastic, charming and warm, are good subjects; Waldrop knew that because he grew up the son of one of very funny and sarcastic Irish Midlands mother. He constructed the film to mirror his own mother’s life; the women speak of their marriages in their twenties, their sons, and, finally, their husbands and these men’s deaths. Some of the interviews are about tiny things (who controls the remote control), and some are directly about the big issues (how you never stop feeling the loss of your husband); some are hilarious, some are heartbreaking. All of them are about love, to some degree. One of the central goals of independent filmmaking is to construct a series of small moments that add up to a much larger truth. The tiny moments we get with the adorable ladies of His & Hers add up to a small miracle of a film — a deep, emotional meditation on the universality of human experience.

Filmmaker: Your movie made me cry and cry.

Waldrop: OK, that’s a good sign! You know, we all have mothers, we all have grandmothers, we all have younger people in our lives, so I think there’s something in there for everyone. But I didn’t go out to make such a universal kind of thing (laughs). Making these choices, I was so worried, and my producer Andrew Freedman was just like, “Ken, this film is so low budget, if we fail, we should fail while doing something that is a little bit more dangerous.” But at the time I was so apprehensive.

Filmmaker: How did you come up with the idea?

Waldrop: You know, the film started with my thinking about my mother, because she had such a happy marriage, and she became a widow in her sixties. I thought, “It might be interesting to try to create a life’s journey in the same sort of way I’d been making my short films — with vignettes, [in a documentary style.] I used my mum’s life as a kind of structure. I wanted to make a film that was devoid of divorce and big bad things. I wanted to explore the ordinary, to try find this extraordinary journey that we all take if we’re lucky enough to find people to fall in love with. And of course there are ups and downs. There’s no doubt about that, but in general, I wanted to give a kind of positive thing.

Filmmaker: Can you describe the structure of the film a bit more?

Filmmaker: You know the fact that the facts of these different women’s lives are all so similar didn’t even occur to me when I was watching it. It seems so obvious in retrospect.

Waldrop: Yeah, I mean obviously, all the women had someone in their lives, but they had would have different variations. They all had big families, so they might have had four girls and two sons, which wasn’t the case if they were all single-parent families with just boys, but they all had a male child, [and that’s what they discuss in the film.] I wanted it to mirror my mum’s story.

Filmmaker: Can you speak more about wanting it to be positive? The women truly don’t speak about any terrible things, except for death. All the conversations seem to be about love.

Waldrop: I knew that it would be dangerous. Irish women, they’re always sarcastic about their husbands, but inside that, inside their little bickering and their problems, you can tell there’s genuine love behind their stories. I decided to limit again to Irish women, and Irish Midland women. Obviously there’s all sorts of ladies in Ireland, and all cultures and creeds, and I started to worry that the film wouldn’t represent all North Irish people. And then I thought, “That’s crazy, I’m just going to make the film, and these women are just going to remind me of my own mother.” And in fact, they all live no further than about 60 miles away from each other. This was because we cut the budget and didn’t have enough money for petrol, so we put our base down in a village and looked for women there.

Filmmaker: What other budget limitations did you have?

Waldrop: Well, I really, really wanted to shoot on 16mm, I wanted to work with the constraints that that would impose. So I only had ten minutes for everybody’s interview.

Filmmaker: Oh my goodness. One roll of film per lady. 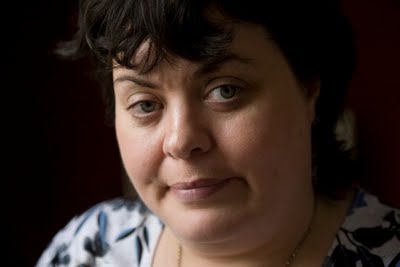 Waldrop: Yes, including all the cutaway shots and all else. So you can imagine how stressful that was. And we were doing two people per day, so we only had four hours with each character, because we’d have to move on in the afternoon. So it became a bit of a military organization, because there were only four of us. For that reason, we decided, “Okay, we’re going to shoot during the day, indoors, because if it rains we won’t be in trouble.” It was a real team effort. We went home every night and cooked our dinners, and we’d look over the rushes from our little monitor, we’d discuss what we got that day, and consider the next two days’ characters. Because we weren’t shooting in sequence, we’d have to kind of go back and forth in the story, and work out what we talked about. In a way, it was a mundane, trivial life, and I’d half complain, you know, “That lady is talking about her car,” but I knew that we needed to talk about the car, just in case, because that was a way into the next story. I needed those little kind of clever edits that would keep the audience engaged, to make sure the film kept a kind of flow. After four or five characters, we started to make choices that we thought could lend itself to kind of creating this overall face of the film that exists in it. Of course there were ups and downs in the process, and some characters didn’t work out, but we really had a good success rate. I think, as we filmed new characters, we only lost twelve, and kept 70. So good extras for the DVD.

Filmmaker: One thing all the women share is a way of communicating that’s very funny, and very sarcastic, and they all seem to know how to tell stories about themselves in a way that I feel is particularly Irish — I don’t know if that would have worked for a group of U.S. women.

Waldrop: I think you’re right. I’m from the Irish Midlands. My mum’s a Midland woman, I know all her friends, and I knew that especially when they talk about the men in their lives, there is this innate sarcasm, and these kind of weird games that Irish men and women have with each other. I knew if I could get through to that that there’d be something to have. But it was a question: I have four hours with these people, how do I get through to that and makes sure they’re not talking in their telephone accents, you know? It’s the first time these people are on camera ever in their lives, and they’re all very nervous, and they don’t know me. I sent them my DVD of my shorts, so they had some idea of where I was coming from. And of course, I made a film called Undressing my Mother, which had my mum naked in it.

Waldrop: That did shock a lot of them. (laughs)

Filmmaker: So how did you get past their “telephone accent?” Did you ask them all the same question?

Waldrop: I said, “I want to talk about the simple things in life that connect you, to your son, husband, or father.” So that was easy for people, because they thought I was talking about [the things that you use to control one another], whereas if I was like “I want to talk about your relationship to your husband,” they’d be like, “Oh God, no.” You know, I’d have to kind of meander my way into their lives. I would start my banter, would discuss my own life, and it just became a chat, as opposed to an interview. So I hope that’s what comes across.