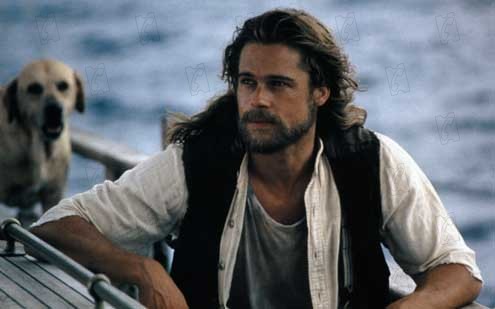 Here are a few articles of interest I’ve stored in my Instapaper.

There’s a new website for Terrence Malick’s The Tree of Life, and it takes something of a transmedia approach. Chuck Tryon explains:

As you enter the website, it invites you to follow one of two forking paths, the father’s way or the mother’s way, while a haunting, almost mournful score plays in the background. Once you choose, you encounter a split screen with half the screen filled by a semi-circle of video clips and the other a white space with some cryptic text that evokes a moral parable. Below that are some of the social media responses to the website, and although many of them are direct expressions of fandom, others emphasize the aesthetics of the website, Malick’s characteristic use of slow pans and subtle camera movements. None of the video clips offer any dialogue (unless I missed something), meaning that the images and score tell us the entire story. Contemplation prevails over plot summary.

Do you feel alone on the internet? Blogger Freddie7 considers Duchamp, D. Boon, and the nature of online discourse:

Paradoxically, what I find more and more is that the Internet is a place for people to affirm and support each other. It’s as if the understanding of the fundamental weakness of these electronic proxies to represent human connection causes people to push for it more and more. And this could be beautiful. But it can also be dangerous. Because of the depth of the loneliness, I blame no one for how they interact and connect with others online. I just worry. I worry about the urge towards conformity. I worry about Twitter. I worry that all of those retweets and all of those “right on”s contribute to a kind of coarse postmodernism, where what the truth becomes what is most agreed on. I worry that dissent is confused with a lack of etiquette. And I particularly worry about the echo chamber effect, and the way that small groups of people who are just like each other can come to think of themselves as representing the opinions of everyone. On the Internet, we all make the world in our own image.

Fred Wilson at AVC considers James Murphy and going out on top.

Tips on producing by Jerry Weintraub (and when to talk about T&A.)

How to give a note to Martin Scorsese. (This story from The Wrap on the relation between showrunners and the big-time movie directors who often helm their pilots resonated with me. I once worked with a director who would proclaim to anyone within earshot that no one would question something in a shot by Spielberg, so why would they make a questioning comment to him. I’ll keep this story in my head for future reference.)

Sugar, the advice columnist at The Rumpus, confronts a woman, a writer, with a soul-depleting jealousy of others. She kicks ass. An excerpt:

Before we get into it, I want to talk about what we’re talking about. We are not talking about books. We’re talking about book deals. You know they are not the same thing, right? One is the art you create by writing like a motherfucker for a long time. The other is the thing the marketplace decides to do with your creation. A writer gets a book deal when he or she has written a book that: a) an editor loves and b) a publisher believes readers will purchase. The number of copies a publisher believes people will purchase varies widely. It could be ten million or seven hundred and twelve. This number has pretty much nothing to do with the quality of the book, but rather is dictated by literary style, subject matter, and genre. This number has everything to do with the amount of your book deal, which is also related to the resources available to the publishing house that wants to publish your book. The big presses can give authors six figure advances for books they believe will sell in significant numbers. The small ones cannot. Again, this has no relationship whatsoever to the quality of the books they publish.

I feel compelled to note these facts at the outset because my gut sense of your letter is that you’ve conflated the book with the book deal. They are two separate things.

I bought a Panasonic GH2 a couple of months ago. I’m still waiting for it. As I wait, I look at online videos from the camera, some of which look great and some less so. I notice the Panasonic penchant for the blues and greens and sometimes wonder about the rosy richness of the Canon images. So, this piece — “Tips and tricks for making Panasonic look more like Canon” — made me feel better.

Via Mike Everleth at Bad Lit, a link to Amos Poe on No-Wave Cinema at Films in Review. An excerpt:

GA: I remember those days of shooting in super 8mm. Sending the little cartridge of super 8 film out to be processed, then kind of biting your nails waiting for the film to come back, and wondering “Oh, did the shot come out right? Did I have enough light? Was the focus right?”

AP: I didn’t give a shit. Ever see Poor Little Rich Girl by Andy Warhol? Andy had a 16mm Auricon (a metal camera used mostly by news crews). The first half hour is really interesting because the camera just sits on Edie Sedgewick, who is talking, all crazy and neurotic. She’s talking, and the whole first half hour of the film is out of focus because they didn’t have the lens mounted on the camera right. But the second half of the film is in focus, and it’s fantastic! You’re watching it, and straining, asking “Where are my glasses” then you are so relieved when the film goes into focus. Your eyes were almost adjusted to the out of focus image, and your brain is making focus out of something out of focus. Andy didn’t believe in editing because – who could make the decision to keep a scene in or throw it out. Kind of like with Blank Generation. I was going into CBGB’s with a silent camera shooting rock bands and who the fuck is doing that? You might as well shoot stills. People there saw me shoot and would say “Why are you shooting that band silent? Are you out of your mind? If you add sound it will be out of sync!” I think that adds to the success of Blank Generation. If it was in sync, it would just be a documentary. People would say “Next week, I’ll get you a sound 16mm camera, and I’m thinking “What am I going to do? Shoot the 20th performance of the Ramones or be the first? I mean the whole No-Wave movement was something like Rube Goldberg, like Godard, with a Warhol approach, making the mistakes work. The polished professional is boring compared to the insane amateur.