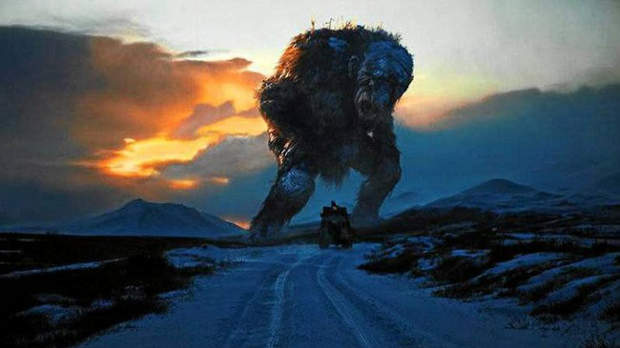 Any genre fan will tell you that when it comes to movie beasties, delayed gratification is key. It is considered classic good form to mount anticipation via quick glimpses of scales/fur/claws, or unnerving detritus left in the creature’s wake, all leading up to the spectacular fashion in which the monster will finally emerge. Rather than bend completely to convention, Trollhunter, with dry Scandinavian aplomb, breaks with this rule of horror suspense by having the grizzled titular character run out of the woods, shout “TROLL,” and cause his disbelieving companions to disperse chaotically amid earth-quaking snorts and stomps. The troll isn’t shown in full until later in the film, and while the CGI does not disappoint, it is actually this moment of hunter rather than troll that provides that cathartic jolt that lets you know the real fun is about to begin. 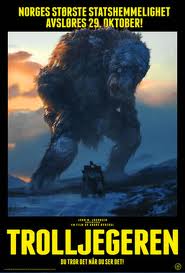 What makes this moment as explosive as an actual troll sighting is the fact that for the first 20 minutes or so, writer/director Øvredal has the dastardly patience to let a kind of bureaucratic satire unfold with nary a troll in sight. The film is presented as footage that was found and determined authentic, and initiallyit feels like mockumentary more along the lines of Parks and Recreation than The Blair Witch Project (to which it has garnered some comparison). A group of university students on a class assignment follow a government wildlife agency investigating the illegal hunting of bears in a local forest. From the shadows emerges Hans, whose gruff attitude and foul-smelling, bite-mark-laden trailer lead the students to suspect him of the poaching. But in reality he is employed by the same agency to do the lonely work of controlling the nation’s troll population and making sure the general public never becomes aware of their existence. Øvredal’s abrupt introduction to the idea that trolls exist in the world of this film is preposterous and ballsy in the best way possible, a good indication of his wry style and layering of the fantastical over the quotidian.

If the tone of the film is funny and sharp, the aesthetic is unexpectedly beautiful, featuring the lush green mountains, glittering fjords, and numerous other breathtaking environments native to Norway. Most monster movies use dark forests or raging seas to create an ominous backdrop, but the landscape in Trollhunter is unequivocally lovely, hinting at the script’s environmental politics and helping to place the story somewhere between grotesque monster movie and winking country fable. The troll is clearly an idiosyncratic part of Norwegian folklore; after the film crew’s first encounter with the beast, once they are reasonably sure that everyone has survived, they break into a moment of childlike delight over the fact that trolls exist, much as Americans might be thrilled by proof of the existence of fairies. Øvredal adds in a fair amount of mythology of his own making, with comically specific details on how the trolls live, feed, and mate, including the fact that they turn to stone under daylight and have whimsical species names like Ringlefinch and Jotnar. Rather than lessen the impact of the trolls, filling in their world so completely makes them seem wondrously tangible. 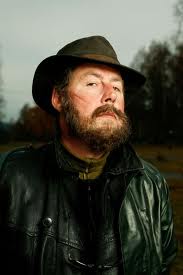 The rugged natural beauty is reflected by the troll hunter himself, portrayed with brusque charm by comedian Otto Jespersen. Going back to the Parks and Rec comparison, Hans plays like a Norwegian Ron Swanson, a no-nonsense anti-government government employee weary of what he sees as just another job; after all, every troll assassination ends with him filling out paperwork at a coffee shop. However, Hans’s apathetic demeanor belies his conflicted feelings towards the work of having to kill the creatures he has essentially devoted his life to understanding, and his frustration with his bosses’ lies and hypocrisy. Trollhunter turns out to be, in many ways, as much a nature film as a monster movie; it subtly indicts our encroachment upon and brutally systematic handling of the natural world. While the idea of man’s greed or arrogance giving way to a crisis of his own making is nothing new — there are certainly traces in Gothic literary source material like Mary Shelley’s Frankenstein, which spawned several film adaptations, and the trend only increased with the kinds of post-atomic anxieties exemplified in Godzilla — Trollhunter’s pervasively sly humor and cultural specificity sets it apart from many of its predecessors.

Some critics have accused the film of being tonally uneven, but I’d argue the confluence of faux-science documentary, Scandinavian folklore, and government satire make this odd duck a fairly unique and enjoyable entry into the monster movie genre. The rad black metal from Kvelertak (meaning “stranglehold” in Norwegian) over the end credits doesn’t hurt either.