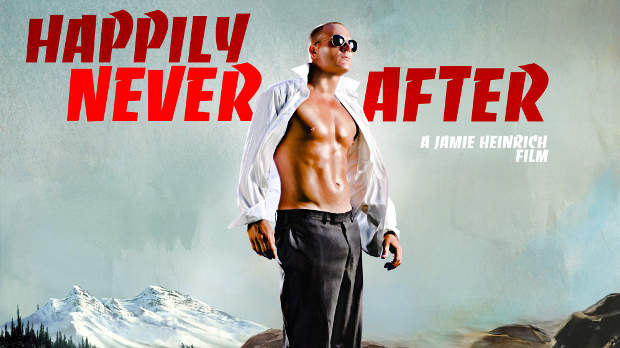 So last week we presented one type of manifesto knowing full well it’s almost impossible to define what this all is. The feedback was wonderful and I want to take a moment before I present the next two manifesto perspectives to comment. I think some people are completely right about the fact that sometimes the point of micro-budget is to NOT be part of a group. However, as humans, we group ourselves, and others, together so that we can quickly categorize and compartmentalize the world around us. Which is the very reason I started thinking about a rule book. Groups in the past that have allowed others to define who they are, have often found it was not where they wanted to be. I love the fact that we all have our own idea, or perspective of the micro-budget world. I simply want to unite us to forgo labels, to garnish support for one another, and to drive the bus towards a future we are all a part of.


That may seem impossible, but with your help we might make it somewhat feasible. In the coming months I will be working on collecting ideas from everyone involved in this experiment in hopes of better understanding a financially viable, and aesthetically pleasing destination for the cause. I also extremely encourage more documentarians, international filmmakers, and women filmmakers to contact me with ideas and contributions…this won’t be a well rounded conversation without a more diverse group.

This week Jamie Heinrich and I take our own stabs at “manifesto” writing with two separate pieces. Jamie is days away from jumping into production on his Kickstarter-funded second feature, Happily Never After, and was in a very different head space then I was. I’ve been writing and re-writing my guidelines, where as Jamie sent me an impressive call to arms. For me it acted like the trumpet that I’m sure is going off in his head…signaling the start of the production races for him and his film family. Ultimately these are seedlings of a “manifesto” that are almost two completely different takes; perhaps it will be our differences that will define us in the end. Is it impossible to unite an entire sub-genre of filmmaking with just a bunch of rules and proclamations? If this column has taught me anything as an editor it’s that the perspectives on what our industry is, and where it’s headed, are unique to each individual. So let’s have it.

A Work In Progress…

Our industry has gone through many changes in its short life. Some brought on by design, some by commerce, some by pure revolution of thinking. We’ve come a long way since we ducked at the sight of a speeding train, and we still have a long way to go. There have been many golden ages, turning points, and reinventions along the way. We stand at the edge of one such moment here and now. This document will serve as a call to arms, guideline, and collection of ideas for the age of filmmaking uninfluenced by commerce and built by the Micro-Budget.

1. We can no longer allow the art of cinema to be solely governed by commerce.

Life is lived at the fringes and we can no longer be sold that it exists anywhere else. Art mimics life and anything of worth is made from the heart and not the wallet. If you are making micro budget films to be famous, and eventually have large budgets, you need to stop now. Go sell insurance, market underwear, and convince the rest of the world it needs their shirts that white and their movies that mediocre. Enough looking up at the sky and wishing one day. It’s time to be present and committed.

2. As Micro-Budget filmmakers, we cannot be swayed by the present machine of story telling.

We have too much at stake. Our films come from our very core and they should not be reserved to the typical structure and breath of television and Hollywood filmmaking. We have nothing to lose so we need to stop catering to a system that cares nothing about us. Be as sincere as possible and forget what you SHOULD do. Do what you want to do. Understand story telling and audience above all, but do not cater to it; elevate expectations.

If we’re not going to follow the leader we need to become the leader…and that takes trial and error. Never emulate — innovate. At this budget level we will be our most free to try things that fail miserably, but here is where we will find out what works perfectly.

4. Your film is not important.

If your film is important to you it may/will be important to others. There is a place for all media in this world, just make it sincere and put your heart into it and an audience will pick up on that. (see #2) If you’re not enjoying the process and making the film because it’s all you know what to do, then who will care. If you need someone other than you and your gang of collaborators to care. Stop now.

The use of action, sex, SFX, and epic exposition slow a story down. If used, it should be done to advance the story, and done within your means. Often not being able to do something will help you discover a more creative way.

A micro-budget film is a film made under 50,000 dollars. No exceptions. If we allow this simple classification to bend and warp soon we’ll have the same problem we do with the “indie” classification. That number is for ALL production, from pre-pro to marketing. Any money is also to go to the cast and crew well before the director ever sees anything. If the film brings in any revenue he/she will be one of the first people to receive a payday; it’s your film. BUT, the hard working folks on your cast and crew should also see some of this return in the form of future work at a better rate, or shares of the profits. Bottom Line: make sure the people helping you make the film are well fed, comfortable, and as well paid as possible.

7. No “name” talent, no unions.
It’s not that we don’t like them, but they just create too much of a financial headache. Often name talent and unions bloat budgets beyond the means of filmmakers and stall movies in pre-production. And sometime these professionals are not used to how guerrilla a micro-budget set runs. Keep it close, keep it “family,” and keep in cheap. Micro-budget is hard work and you want your closest collaborators with you. — John Yost
The definition of micro-budget filmmaking in a physical form is a first grade project I did. This is where I learned the intention behind my manifesto in handcrafting films on a micro budget. It is a physical container (shoe box) that I can wrap my head around literally. I took a shoebox. Built a graveyard out of cardboard construction paper inside. Cut holes in the sides and placed colored gel on those holes for light to pass through into the box’s inner atmosphere. Cut a hole in the front of the box to put your eye against, then placed the lid on top. Looking in through the hole you would lose yourself into this handmade world of feeling, removing yourself from reality. You could then open the lid and make adjustments. This is something on your shelf that takes form into micro budget filmmaking as you grow into an adult.

The separation between micro budget and multi-million dollar budget movies is like a pyramid. People invest their attention into a story and this sits at the pinnacle of the pyramid. Budget dollars sit at the bottom of each corner. The golden bricks stacked in between are all the parts of your film containing direction, the pace, and emotionally churning your audience. The story is the cement. Both types of films create this pyramid, and at the end of the day are the same products. Movies go from start to finish, and your eyes watch them throughout, creating no separation. The only separation is a major one. A good film is dramatically different from a bad film. Budgets should not make a difference in the overall scheme, so congratulations, you don’t need money. Hollywood movies are devastatingly horrible when you only see a dollar sign on the screen and have no emotional feelings while viewing them. There are risks for all of us. Big-budget films hit the ground harder.

We are in an amazing time to make microbudget films. Any one has access to the tools to do it, and the talented will surface. Social media and networking are the ways our audiences will grow to experience our films in the next five years. This will grow as big as Hollywood cinema if not bigger. The experience of the movie theater is timeless and will only enhance the experience, but now your film has the ability to get exposure, which it didn’t in the past. Films get put on the big screen because they stomped their way in, that road is open to anyone now, so quit spending your energy creating judgments on “Hollywood.” They are initiating with money as motif, and you are finding a way to say that holds you back from what you want to do. Money can create motivation and so can passion. Motivation will finish your movie. Microbudget filmmakers have passion and no money. That’s the only difference. If you’re a great microbudget film maker you will eventually be subject to money. When you get the money make sure the passion is still around and you will be unstoppable.

Hand craft a piece of work done with sticks and not heavy machinery in order to do it today.

Step out of life’s day to day reality and responsibilities and express a bigger purpose of why your a human.

Slap your audience in the face.

Upset, scare, or inspire people that the film would have the balls to go there, but do so in a properly stylized and conceived manner or you will really blow it (i.e., know what your doing).

Make a movie that people can understand. This sounds simple but can easily slide off track when you don’t have the producers and large studio dynamics to control this. You do have a choice to be a starving artist. With all the work that goes into a film you should be able to make a living or you will suffer from feature film making, be delayed, or give up.

Leave your audience feeling like a hero for 30 minutes after they’re done watching your film.