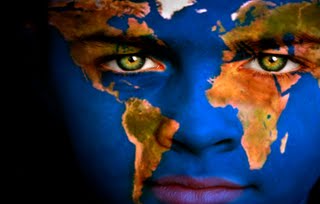 The single biggest decision I was faced with during the making of Climate Refugees literally happened on the first day. Was it possible to make a documentary film about climate change that would be politically bipartisan? I wanted to create a film that would play to both sides of the aisle. To me, I saw climate change as a metaphor in which a woman is swimming in the ocean. She is attacked by a shark. She is barely able to swim to shore. Two men see the attack and run down to help her. Just as one of them leans in to help the bleeding woman, the two men get in a debate about what type of shark attacked the woman. One thinks it’s a great white, the other thinks it was a tiger shark. Meanwhile, as the debate gets forceful, the bleeding woman dies. To me, the film was always about the bleeding woman.

The politicization of climate change in America is really what made this so difficult. There had never been a film on the subject matter able to cross into both parties — or one that actually tried. We had a private screening of the film in the Capitol Building in D.C. for policymakers. For the most part, the audience, regardless of their political views, endorsed the film and its message. Based on my decision the very first day, I believe that the film will play to a wider audience and help mend the polarity of the subject matter. In fact, when we screened in Copenhagen at the COP15 as an official United Nations event, this very non-partisan approach to filmmaking resonated with the audience made up from scientists and policymakers from all over the world.