THE MAKING OF A “GRASSROOTS” MOVEMENT: INTRODUCTIONS 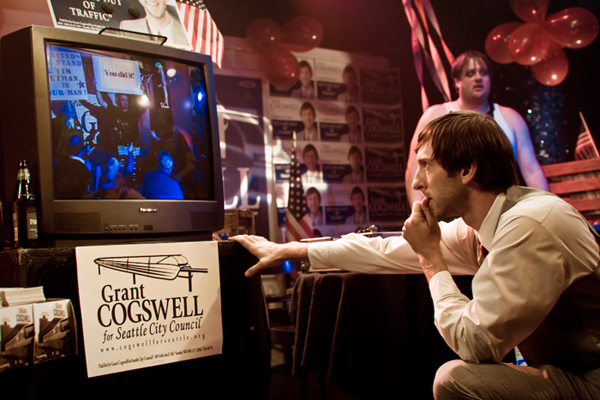 The Making of a ‘Grassroots’ Movement’ is a series of posts that are meant to serve as a case study on transmedia marketing, social engagement and distribution for an independent film called ‘Grassroots‘.

Stephen Gyllenhaal – my boss – says that running a film marketing and distribution campaign without studio distribution is a lot like running a grassroots political campaign. I am here to tell you that the two are, indeed, very similar: You live in the realm of hope, try to retain the project’s integrity, work with called-in favors, unguaranteed outcomes, creative work-arounds and half-truths. You court official-dom, but also keep the bootstrap approach very much alive. Whereas a budding politician’s constituency votes with a tick at the polls, ours votes with a ‘like’ on Facebook and eventually a purchased theatre ticket (or its digital equivalent). And – like the best of the politicians – the film’s producers and director hope to have an impact, at the very least in the cultural sphere. 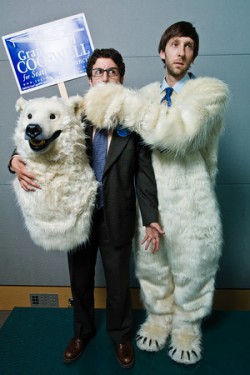 This is the first of a series of posts that will detail the process behind the transmedia marketing and distribution campaign for a film called Grassroots. Directed by Stephen Gyllenhaal and based on the book Zioncheck for President by Phil Campbell, the movie stars Jason Biggs as Phil Campbell, an unemployed journalist who unwittingly becomes the campaign manager for an oddball Seattle-ite by the name of Grant Cogswell. Played by Joel David Moore, Cogswell is an unlikely candidate for the City Council. His predilection for profanity and polar bear suits cement him as an outsider candidate, as does his one deep, driving passion: The Seattle Monorail. The film is based on a true story. These posts will be, as well.

What I hope to elucidate in these blog entries is what works and what fails in the case of this one, specific movie. The focus will be on marketing and distribution, and the murky space where DIY strategies familiar to Filmmaker Magazine readers collide with more traditional methods of getting a feature-length movie into the world.

The behemoth task of getting Grassroots distributed is being tackled first and foremost by two very sharp sales agents in Los Angeles. However, Gyllenhaal wants to ensure that his movie gets seen, should the distribution deals not cut the mustard. Experience tells him that big Hollywood deals often turn out not to be such great opportunities for filmmakers – even when the movie is a hit. By also planning a self-distribution run, a film has more leverage and may, depending on the deal, make more money back than it would have with traditional distribution companies. Long story short, Grassroots needs to have a support system in place; an alternative distribution campaign buoyed – as they all are – by a comprehensive transmedia marketing campaign.

If we do end up going with self-distribution, we are planning for a theatrical due date of early Spring, to coincide with the primaries. Marketing campaigns benefit from time, so our campaign needs to get off the ground right now, giving us about 4 months to gain the support needed to buoy our potential independent theatrical release. However, there is one first hurdle: The level of transparency and access needed for an alternative campaign is not in concert with the level of opacity needed for traditional sales routes. Since we are approaching the film from both angles, any DIY strategies need to be modified to support the sales agents while they are negotiating their delicate, high-octane deals. Fortunately for Grassroots, the films’ sales agents are open-minded and forward-thinking. It may be a first, but a DIY team and a Hollywood team are working together. 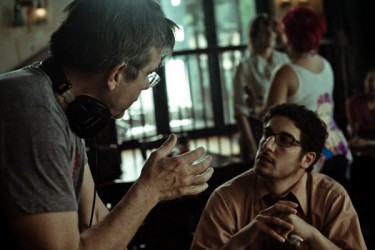 Another big factor playing into the mix with Grassroots is the need to pay back the investors. Any alternative distribution plan for the film thus needs to be backed up with cold hard strategy, one that leads to a level of income seldom reached – to my knowledge – in indie circles. Indeed, the film was made on a budget that is very large by the standards set in the DIY distribution world (although tiny by standards set in the studio world). This budget – and our concurrent traditional approach – means that some of the more experimental outlets for distribution, the Peer-to-Peer/ piracy networks for instance, are out of the question. Although we recognize that – in many instances –  releasing a film all over the internet tubes can ultimately help with monetization, for the sake of this project and its investors we cannot flirt with that loss of control. What this means for us, on a more concrete level, is that our DIY marketing and distribution strategy has less tools at its disposal.

Finally, Gyllenhaal is very concerned about creating and informing a larger movement of political engagement around the film, particularly on college campuses. He wants the experience of the film to inspire people to run for office, as Cogswell did, and to help support a larger political movement. It’s serendipitous that we are launching this at the same time as the Occupy Movement, but it also means that the transmedia, marketing and distribution plan needs to be extra-vigilant about its authenticity. After all, our outreach and engagement points are integral parts of  inciting action from the audience.

Within these parameters, the first thing we had to do was create a strategy for engagement around the film, one which rested on Gyllenhaal’s fundamental belief that the film’s campaign has a responsibility to empower people who interact with it. Also, it needed to be built around my fundamental belief that you cannot expect high levels of participation from the general public if they don’t see a real opportunity in what you are asking for, and offering in return. Our strategy ended up being based on four main areas of focus: 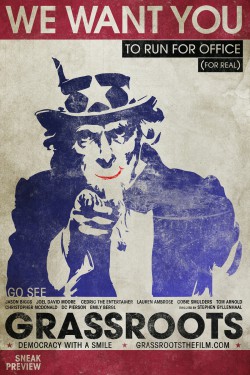 Education:
– Creating and disseminating primers on how to run for offices
– A series of non-partisan video profiles of young politicians running for office
– Eventually: A video-based boot camp taught by noted political and media leaders

Partnership:
– Joining forces with groups and individuals across the U.S. to spread the message of action in the political sphere
– Supporting existing groups in this realm

In the next post, I’ll write about our first step, which was to get our ducks in a row from a social media, website, language, key art and content point of view. The film came to my team with a pre-existing network of support (over 10,900 fans on the film’s Facebook page, for instance) so we have a certain level of advantage over people starting fresh. But without a set release date in sight, how do we build and maintain our community? Can we authentically leverage and support the existing movements happening in the real world right now to help promote our message of change?