TO PITCH OR NOT TO PITCH: THAT IS NOT A QUESTION AT THE AUSTIN FILM FESTIVAL 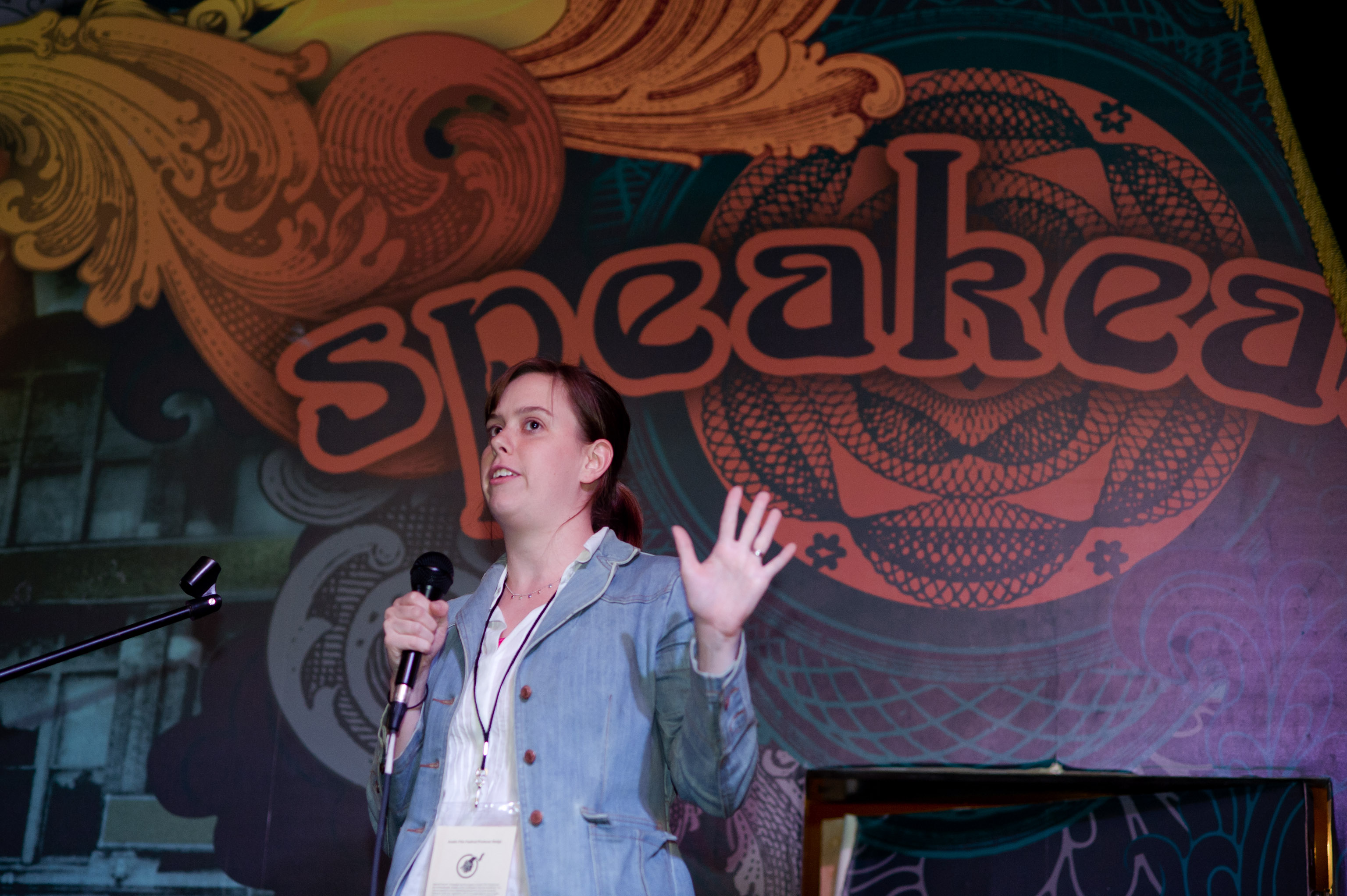 by Mary Anderson Casavant
in Festivals & Events
on Nov 2, 2011 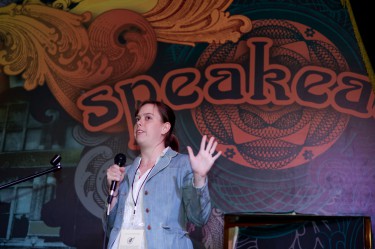 The writer of Con Air and the writer of The Fighter walk into a bar and take a seat next to an aspiring writer with no credits, no agent, no manager and no connections. The aspiring writer strikes up a conversation. This is neither the set up for a cruel joke nor a channel surfing induced fever dream – it’s just one of the many scenes I witnessed at the Austin Film Festival & Conference, one of the few festivals dedicated to celebrating the screenwriter both fledgling and legendary.

In addition to its film competition, Austin holds a contest for unproduced writers, inviting the writers of the top 5% of entered scripts to attend the conference and its five days of networking sessions, events and panels. A few panels and networking sessions are limited to semi-finalists and above (around the top 0.6% of all entries). When I found out in September that my script Judgey had made it into the semi-finals for comedy, I wasn’t quite sure what that meant (that’s me pictured above).

It wasn’t that I had submitted blindly; it was just that Austin’s promises of career-making opportunities seemed overblown. Sure, Lawrence Kasdan (The Big Chill, The Empire Strikes Back) may be giving a speech, but it’s not like he’ll be hanging around at the party afterwards. A guy like that would be at the super secret elite VIP party, not the party for the struggling riff raff. Except there are no super secret elite Austin parties, and Lawrence Kasdan was not only with the riff raff, he was chatting with them. Even more surprising, he seemed to be enjoying it.

It may be worth a trip to Austin to meet one of the most legendary writers in Hollywood, but for most of us with scripts, it wasn’t why we were there. We were there to work, and by work, I don’t mean write. I have spent my whole life learning how to craft stories – I studied film studies in college, produced documentaries for television in New York and perhaps most importantly, watched a crapload of movies. But while watching a crapload of movies may be the best way to learn how to write them, it’s also the worst thing you could possibly do if you’re trying to learn how to make them. Movies make you believe things that simply aren’t true — that an alien spaceship can be defeated by a Macintosh laptop, that a beautiful, successful woman can’t find anyone to have sex with her,  and most damaging of all, that all you need is determination. If you write it, they will come. But they don’t.

I knew that whatever I was going to get done in Austin, I had to do it myself. I did everything I could to prepare: I set up meetings with people who had read my script and liked it. I poured over the schedule of roundtables and panelists familiarizing myself with the producers and managers who I might end up talking to, but then there was this one event I wasn’t sure about, the ninety second pitch contest.

Ninety seconds is both a short and long time to pitch a movie – it’s too long for a tease but not long enough to really tell your story. Both the writers and managers I spoke to about it (see, they really will talk to nobodies at Austin) told me that it was a totally artificial situation. You would never go into a meeting with a development exec and be told you had 90 seconds to make them want to read your script. But I wouldn’t know that. Because I don’t get those meetings, which is exactly why I was at the Austin Film Festival, signing up for a chance to pitch to producers whose assistants wouldn’t take my phone calls.

If this were a movie, I would have written my pitch at the 30 seconds I had at the stoplight on my way to the contest after putting a hard day’s work down at the steel mill. But I don’t work at a steel mill, and I can’t write a joke in 30 seconds. For anything of mine to really sing, it takes a lot of work. I spent hours on that first pitch, writing, rewriting and rewriting again. It paid off – I won the first round despite going over time and not getting to my last sentence, which meant I won the right to do this incredibly stressful thing in a bar in front of a crowd of about 300 people against 30 other people, who were equally set on winning. Determined not to run out of time again, I channeled my inner Tracy Flick (who is so inner she might as well be outer) and got to work.

For the next two days, I sliced off words, punched up jokes and pondered exactly where to drop the  f-bomb (sorry, Mom, but I was in it to win it). I even had this whole plan that I’d walk onstage and grab the mike cord, twisting it into a circle like Loretta Lynn, hoping it’d make my pitch a little bit country, a little bit awesome.

You know what happens when you try to wrap a mic cord around your wrist like Loretta Lynn? You realize there’s a reason that woman’s a legend. When it was my turn to pitch, my awesome opening gambit quickly turned into a floundering the mic situation that only narrowly skirted disaster. But skirt it I did, and once I started in on my first line, all that rehearsal paid off – I started operating from pure muscle memory. I paused at all the right moments, and the audience laughed when I hoped they would. I landed second place (losing out to a young standup who really did know where to pause). 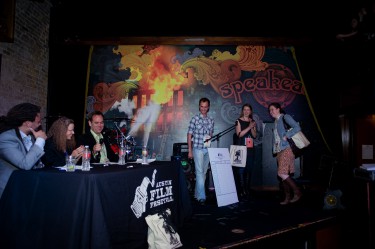 If this were a movie, this would be the point where I landed a three-picture deal or the moment that launched a stand up career that would lead eventually to a talk show (after a few divorces, a smattering of addictions and redemption through the love of a really good man), but all I really won was a bag of booze, some promising relationships and some bragging rights.

Austin isn’t a movie. It doesn’t make you, but it does give you the possibility of making yourself, and while you personally never be able to grab that cord like a Coal Miner’s daughter, you may just be able to convince someone you can write someone who can. For those of you tap, tap, tapping away in your writer’s caves, I have just three words of advice: apply, apply, apply.