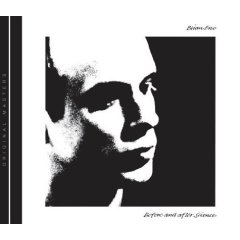 Brian Eno, who just turned 60, is interviewed in Wired, and as part of his long conversation he talks about the changing definition of the artist in the digital/social-networking age.

Wired: Much has been made about the way tech (MySpace, digital distribution) has sped up the whole hype/buzz process. Had your career gone from 0 to 160mph the way it could today, how might that have influenced your development as an artist? What effect has Internet technology and culture had on art and artists?

Eno: That’s an interesting question. The effect of highly accelerated careers could be this: Ideas are put out into the public sphere much earlier, and less completely formed, than they would have been in the past. This is an invitation for other people to cherry-pick those ideas and finish them in various different ways. I think this makes culture a more widespread conversation, the result of a host of untraceable contributions webbing together to produce new things. It erodes the image of the artist as a lonely genius and puts us into a more “folk music” situation, where anyone can have a go and ideas spread out in all directions.

That doesn’t mean there’s no difference between the participants. It means that every participant is different, and it’s almost impossible to know which participants are going to turn out to be the critical ones. The whole field now is characterized by what Per Bak called “self-organizing criticality”: You have no way of knowing which particular grain of sand is going to start the avalanche, and no way of knowing whether that grain was intrinsically more important than all the others.
I’m not saying that we’re in this situation — it’s just that we’re much closer to it than we were 20 years ago. The primary effect of new digital media is to introduce a lot of new voices and skills and perceptions to the conversation, and to make far more cross- links between them.

On top of that, of course, there still exist the remnants of a business structure that want to try to make a living out of things, like we all do, and therefore in whose interests it is to promote the classical idea of “genius”: to make the claim that the people they are marketing are special and different and important. Which they might be. Who knows?

The measure of whether somebody is culturally important is really the degree to which they change the cultural conversation. Sometimes it’s obvious when that is happening — Radiohead, the Sex Pistols — but sometimes it isn’t so obvious. Scott Walker, for example, influenced other artists more than audiences, and his approach was taken up and recycled into successful records for them.