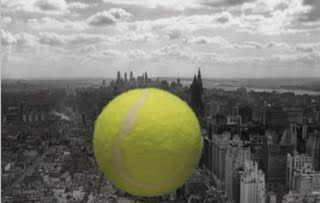 There’s one thing that I learned about nuclear weapons that would make it so easy for terrorists to entirely destroy a city that there was a decision to make: Is it a good thing to advertise security vulnerabilities? Am I alerting responsible citizens to civilization’s scariest fault lines in order to demand enlightened leadership to make the world a safer place, or am I giving terrorists their best ideas and causing the deaths of millions of people? It’s not hard to build a nuclear weapon. It’s not beyond a group of a dozen middling grad students, and you see that in the movie. But I found out how one person could blow up a city with their bare hands. And I had to decide whether to include it in Countdown to Zero.

How To Blow Up New York was a working title for the movie, and I admit I liked it, although I understood why it had such a short half life among the rest of the above-the-line crowd. And just in case you’re confused, I don’t really want to blow up New York. On the contrary. Robert Oppenheimer, father of the atomic bomb, recalling the first ever nuclear test, quoted the Bhagavad Gita: “Now I am become Death, the destroyer of worlds.” It’s not something I ever want to say about my work. On the contrary.

I think about professional pride — my own, and how it might compare, say, to that of a wartime nuclear scientist at Los Alamos, or to that of a terrorist today. Sometimes I’ve chosen not to include some of the best scenes in my movies — the ones that would really juice up my career, like the most outrageous scenes of Amish kids doing crystal meth (I’m talking about my first film Devil’s Playground, which also premiered at Sundance). I try to adhere to my own Hippocratic oath, and to make sure that my films first do no harm. Non-maleficence in filmmaking means not including scenes that would endanger people.

Einstein said he made “one great mistake” in his life when he wrote to President Roosevelt to urge the development of nuclear weapons. Nuclear weapons are not things you want to make mistakes about. But if you don’t tell the truth about a problem, who’s going to fix it? And when I make documentaries I feel a tremendous responsibility to the truth. So how much information about nuclear danger is too much information?