THE CLASS TO OPEN 46TH NYFF 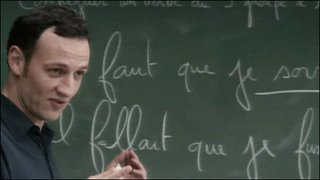 In an announcement sent out today, the Film Society of Lincoln Center has chosen Laurent Cantet‘s Palme d’Or winner The Class as the opening film of the 2008 New York Film Festival, marking the film’s American debut (the film will be released later in the year through Sony Pictures Classics).

Two showcases at the Walter Reade Theater have also been announced. “In the Realm of Oshima” will celebrate the work of Japanese filmmaker Nagisa Oshima and runs thoughout the festival while the annual “Views from the Avant-Garde” will feature a 30th anniversary of Guy Debord‘s In girum imus nocte et consumimur igni.