METROPOLITAN AND THE DIGITAL RE-RELEASE 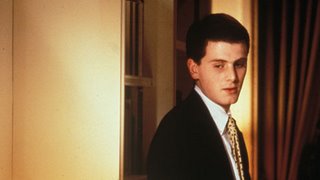 I’ve posted before about Chris Anderson’s dictum that everything in the digital world wants to be free. One type of merchandise that may prove Anderson’s theory is independent film hits from the 1980s and ’90s. Whit Stillman and Cinetic Media organized a blogosphere blitz this week with the free streaming release of his 1990 debut feature Metropolitan on Hulu.com. As Cinetic’s Matt Dentler blogs, Stillman did fresh interviews with Karina Longworth at Spout, Eugene Hernandez at Indiewire, and Stephen Saito at Indiewire.

Noticing all the commotion, I emailed Dentler and asked him what prompted it. He wrote back, “Cinetic Rights Management is the digital sales agent on the film. Whit got the film back, and was happy to have us explore digital possibilities for it. So, as we were looking at outlets this summer, we felt that Hulu would be a great home for Metropolitan to find an audience. Hulu’s deals are typically ad rev shares. This is the second film of ours we’ve brokered with them. The first, which was two weeks ago, was Hoop Dreams.”

What will be interesting to see is how the Hulu availability will affect, if at all, sales of the Criterion edition of the film, which came out two years ago. I spoke with a distributor recently who releases his films both theatrically and on his company’s own home video label. He told me he was embracing platforms like Hulu and, in his case, Snag Films. He feels all exposure is good exposure, and free, ad-supported internet streaming will only increase demand for the physical disks themselves. But whatever the final financial verdict is, it’s clear that for indie filmmakers free streaming video is a new window that they can exploit to renew interest in their work. In the early ’90s license terms for indie movies typically hovered around 12 or, often, 15 years. The distribution rights to a lot of great independent films are now reverting back to their makers, and I’ll look forward to seeing who the next filmmaker to pursue this option will be.

And what about Filmmaker’s interview with Stillman? Anthony Kaufman did one for us back in 2006 on the occasion of the Criterion release.