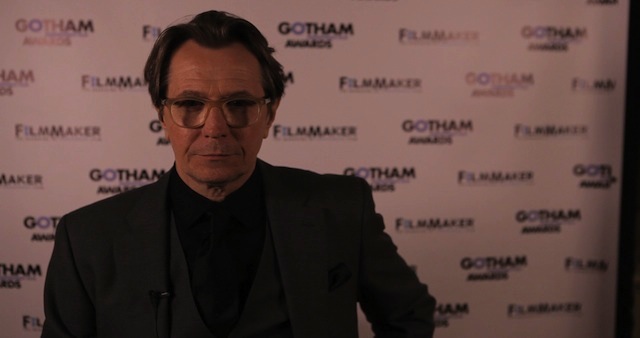 by Jason Guerrasio
in Filmmaker Videos, Filmmaking
on Dec 8, 2011

In the first of a series of videos we did at this year’s Gotham Independent Film Awards, Gary Oldman talks to Filmmaker about his new film, Tinker, Tailor, Soldier, Spy (which opens Fri.) as well as what he’s gotten out of working on franchises like Batman and Harry Potter and why acting still interests him.

Oldman was honored with a Tribute Award at this year’s Gothams. See more news and features from nominees and winners here.

Coming later this month (and throughout awards season) we’ll have more videos of winners from the Gotham Awards.