by Jason Guerrasio
in Filmmaking
on Sep 8, 2008 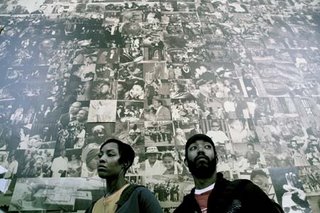 IFP has announced it will be kicking off it’s 30th annual Independent Film Week with the New York premiere of Barry Jenkins‘s Medicine For Melancholy. A party will follow honoring Jenkins and the other talents included in this year’s 25 New Faces of Independent Film, which also marks Filmmaker‘s 10th year doing the list.

Five of this year’s “25” will also be premiering short films at Independent Film Week created for an initiative with Nokia and IFP. The three-minute films, shot on a Nokia mobile device, include: Jessie Epstein‘s Rust, Ryan Bilsborrow Koo & Zachary Lieberman‘s Untitled, Matt Wolf‘s Boca, E.E. Cassidy‘s Grand Prix and Christina Voros‘s Near Death. All five shorts will be screened in the Stella Artois Lounge September 15 – September 18 at 3:30pm. The shorts will also be considered by Spike Lee for an upcoming film with Nokia Productions.