FILM IN FOCUS GETS A FACELIFT 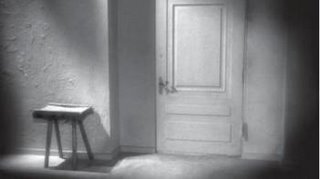 The FilmInFocus site has just undergone what is in my opinion a very nice 2.0-ish facelift, with a much cleaner new design and better organization of articles. (I’m one of the editors of this site along with Peter Bowen and Nick Dawson.) Please check it out, and to give you a leg up, here’s some new stuff on the site that I recommend:

The “Five in Focus” series continues, this time with artist photographers. Gregory Crewdson kicks off this edition with his list of five movies that influenced him.

Photographer Henny Garfunkle, whose work is often found in the pages (and covers, like this issue’s Melissa Leo shot) of Filmmaker, takes on the “Movie City” feature with a report on Hamlet 2 setting Tucson, Arizona.

In the “Behind the Blog” column, a conversation with Amy Monaghan, aka the Cinetrix, of Pullquote.

A newly replenished section dedicated solely to the great film writing that comes out of U.K. publisher Faber and Faber.

And, finally, an exclusive extract from James Schamus’s new book, Carl Theodor Dreyer’s Gertrud: The Moving Word, courtesy of University of Washington Press. I just received a copy and will have a bit more on it later, but here’s the first paragraph of the intro from the FilmInFocus site.

Why a book about Gertrud?

The great Danish filmmaker Carl Theodor Dreyer’s fourteenth and final film, Gertrud (Palladium, 1964), is easy to both praise and damn with the same breath; it is, after all, a perfect exemplar of that awful category, the “minor masterpiece.” Awful, because, like its brethren (Raul Ruiz’s Three Crowns of a Sailor, Billy Wilder’s Ace in the Hole, and Abbas Kiarostami’s Close-Up—the list could go on for pages and pages), we must admit about Gertrud: few have seen it, and of those who have, few love it. And yet. For, we might say, it is the quality of the love of those few that is so remarkable. From Jean-Luc Godard to Lars von Trier, from Paul Schrader to David Bordwell, Gertrud has transfixed the passionate regard of filmmakers and critics with a peculiar power of fascination, a fascination not unlike, I shall argue, that which Gertrud herself holds for her many failed lovers. As the last great work of a filmmaker who himself sums up the oddly quizzical critical status of the cinema d’auteur, an auteur who appears to disappear into his own, often stylistically quite radically different films, Gertrud acts as a kind of cinematic vanishing point: we can claim that a powerful strain of modern European film practice organizes itself around it, but it is in and of itself not an object subject to vision—it is rarely cited, revived, or celebrated.

With this little book I hope, of course, to correct that general oversight; but I also, perversely, want to cherish the reasons for it. Even more perversely, I would love to somehow preserve Gertrud’s relative invisibility even as I try to spread the reflected glory it radiates. To celebrate Gertrud is to praise paradoxically the ultimate cinephilic fetish, for we all know that what the cinephile most loves is the unseen and unseeable (“You mean you haven’t seen Ozu’s silent comedies? Even better than his fifties films!” . . . “I’ve got a bootleg of the subtitled French version of La jetée—I can’t believe you’ve only seen that terrible version with the English voice-over!”). Gertrud is a film that goes right to the heart of that terribly sad—and transcendently liberating—love of the unseeable and unknowable object that is the cinema itself.