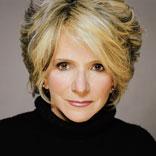 Nevins will be recognized for her contributions to the art of the documentary. She is responsible for overseeing the development and production of all documentaries for HBO and Cinemax and their multiplex channels. As an executive producer or producer, she has received 22 Primetime Emmy Awards, 25 News and Documentary Emmys and 28 George Foster Peabody Awards. Nevins was also presented with a Personal Peabody in recognition of her work and ongoing commitment to excellence. She holds a BA from Barnard College and an MFA in Directing from Yale University School of Drama.