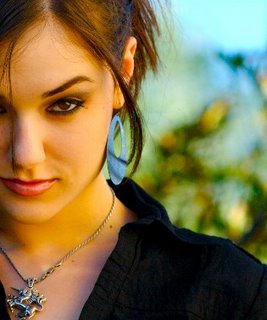 The first episode is live on the Spike TV site. It stars Aria Giovanni but I decided not to link to it, preferring to wait until the Sasha Grey episode was posted because Grey has been outspoken in her love for independent and transgressive cinema. (In one interview, for example, she said, “I also wanted to say support independent films –go to an art house and watch something that confuses you and hopefully gets you to talk about afterwards even if you think it sucked.”) Her MySpace page lists as her favorite directors Jean-Luc Godard, Harmony Korine, William Klein, Antonioni, Gaspar Noe, Agnes Varda, David Gordon Green and Terrence Malick, among others, and she shoots with Terry Richardson and Filmmaker contributor Richard Kern. But news events have apparently overtaken my blog editorial calendar. According to Adult Video News, Grey has been cast in a lead role in a film by another of her favorite directors: Steven Soderbergh.

Soderbergh’s The Girlfriend Experience is in production and she is quoted as telling AVN, “To have the opportunity to work for an Academy Award-winning auteur is truly a great honor. I’ve been an admirer of Soderbergh’s films for years, and I am elated that I have been given a leading role in a character-driven film.”

“I am Sasha Grey,” she writes. “There is no other. This is only a brief dossier because I’m not dead and don’t feel that a complete biography is yet warranted.” She sounds like the beginning of Charles Dickens’s David Copperfield.