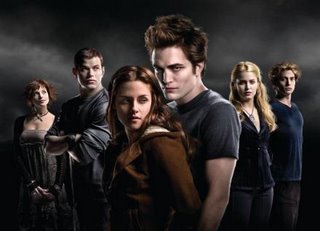 At Filmmaker, we like to keep up with the directors who we have supported early in their careers. Back in Summer, 2003, we placed Catherine Hardwicke’s Thirteen on the cover. Now, three films and five years later, she is at the helm of a genuine pop-cult phenomenon: Twilight, adapted from Stephanie Meyer’s best-selling teen novels. Over in our web exclusives, Alicia Van Couvering catches up with Hardwicke on the eve of the film’s release and discusses things like teenage lust, vampires on jet-skis, casting Kristen Stewart and Robert Pattinson, and how you could always use a little more money.

Filmmaker: Obviously this genre has been played out a lot on TV, and I thought this movie avoided many of its visual clichés in terms of how it was shot and its production design. What thoughts went into your visual design, and what did you consciously try to avoid?

Hardwicke: I’ve actually never seen one episode of those supernatural TV shows, like Heroes or Buffy, so I don’t know how it’s different. But we shot so much of this movie outside in nature, and I don’t think that’s too common in TV. We shot in Portland on location; there was never any discussion of shooting in LA on a stage. The book is all about the power of the Olympic Rainforest in the Pacific Northwest and this massive cloud cover [that protects the vampires from the sun.] Most of the movie is really out in that forest, up on that cliff, out in that river. Location scouting, I was literally on three mile hikes in snow shoes, running around like a maniac hiker trying to find the coolest spots.

Filmmaker: How does your background as a production designer inform your directing?

Hardwicke: Well, initially, it was hard to get the chance to direct –- most [producers and studio execs] would never trust you to direct from production design — they just don’t get the connection. So you have to make your own chance. But in reality, it’s very helpful because as a production designer you’re on set sometimes before the director. You are physically out there pre-visualizing the entire movie and designing how and where you can shoot. For example on Three Kings, George Clooney was still doing ER, so we had to find Iraq an hour flight away from LA. So I’m going all around Mexico, New Mexico, Arizona, figuring out where I could build a village, what palm trees or mountains do I have to add or subtract with CGI to make this Iraq, what can I build in this desert. A lot of it is learning how to present your ideas, to make a plan and communicate your ideas. That’s the same with directing. I’d come down from some forbidding mountain that nobody wanted to shoot on and say, “I need to film on this mountain, and here’s why – look at this picture and see how fabulous it will be.” You have to be always selling and convincing and pitching people that it’s worth the effort to go do something you know will be amazing.

Read the full interview at the link.