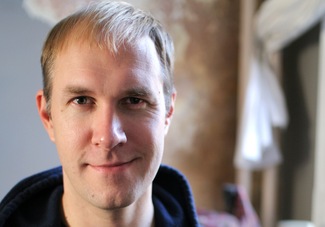 Following the adventures of two mismatched salesman hawking vanity recording deals for a small Southern recording label, Craig Zobel’s 2007 Sundance picture Great World of Sound is a beautifully crafted debut feature, emotionally rich and with a sagacious perspective on America’s escalating obsession with fame. And in the months following its release, the banter between the two men, and the hapless vocalists aiming for an America’s Got Talent-style brass ring by way of a cheaply-produced studio single, must have made the film seem like a comedy to those who missed its lacerating moral critique. That’s because, as Zobel notes below, the scripts he received after that lauded debut were all comedies — and ones he ultimately didn’t even get to direct.

Now, five years later, Zobel — a founder of the website Homestar Runner and co-producer of George Washington, by David Gordon Green, who is an executive producer of this latest picture — returns to the festival with Compliance, an edgy true-live drama.“To delve too much into the events might dampen some of the film’s enjoyment,” he told Filmmaker, “but in brief, it involves some people who are essentially talked into holding a person against her will, naked, in the stockroom of a fast food restaurant for hours.”

Before the festival I spoke to Zobel about how Compliance and not a studio comedy came into being as his next film.

FILMMAKER: So, you made Great World of Sound in 2006. What happened after that, and why so many years until Compliance?

ZOBEL: After that movie, I had another project with all the pieces in place. I had a bigger budget, but then with the Writer’s Guild strike looming, all the actors went off to projects that would make them a lot more money in the short term. And when that project deconstructed, I had nothing else ready to go. I started writing a new thing, but by the time the [strike] was over there was another Sundance, and there were more new young filmmakers out there. I ended up finding a lot of energy and plenty of other ways to keep working and make money. I also started looking at all the movies that filmmakers were making with smaller budgets, and I wasn’t excited about what I seeing. I was starting to feel unexcited. I felt that [all these movies were about] relationship dares with a lot of conversational talking and white people. And bad lighting.

ZOBEL: I also felt like there were ripples that were trying not to be mumblecore that were even more egregious. But then it was inspiring to see Todd Rohal go out and make a movie — The Catechism Cataclysm — because he was frustrated. I love that movie. I think it’s really funny, and it was definitely a tipping point for me.

FILMMAKER: And that led to Compliance?

ZOBEL: Yes. I had this idea that was more of a writing exercise than anything. On the surface, it was hard to believe, but I could say, “Well this is a true story. Even if it sounds outlandish, it really happened.” [I wanted to ask], how did these people get into this situation? And that’s sort of what the script was: me being fascinated with this project and writing it as a secondary thing while I was finishing another script.

FILMMAKER: So, you switched gears?

ZOBEL: I looked at it and I thought, this could be a great movie. Or, it could suck and end up being very bad. The world isn’t asking for this movie to be made right now. It’s a dark movie, but it’s also not a down-the-middle horror movie. The movie wasn’t made to fill [the needs] of an audience that I could see. But I’m also not being cagey about it, because the script can also be read as a thriller. As soon as I decided to go forward with the project I showed it to a few people. I showed the script to more people in October and November. And we were casting and had financing by January.

FILMMAKER: Was there any pressure on the casting front?

ZOBEL: I think that if I had slowed down and tried to cast it with big names, I think financers would have given me a lot more money. But there was an amount of money [offered] that allowed me to make a good movie, and there was no pressure on the cast. And I wanted to make the movie soon. Also, a lot of it takes place in a fast-food restaurant, and if you have the theoretical Nicole Kidman, it doesn’t make sense that she would be there anyway. But ultimately I didn’t want to push the start date. There are a ton of amazing actors out of work right now, and I didn’t feel like the movie needed a famous person in order for it to do what was fascinating about it for me. I don’t want to say that I didn’t care about it finding an audience, but making this movie was what I wanted to do. And, clearly, looking back on [the movie], I was angrier then I even I recognized.

FILMMAKER: You were angry…

ZOBEL: I was, but without really knowing it. I was frustrated because I hadn’t made a movie in a long time. It didn’t feel like I was sitting around not doing anything, but I didn’t even necessarily recognize what was going on until I started making the movie. And now I’m not sitting here a week before Sundance saying, “Oh, shit, what if it doesn’t sell?” Not that I don’t want it to sell or not want people to like it. I don’t know if it will make all its money back. I would like it to. But it’s this weird, pretty honest, crazy movie that I’m proud of.

FILMMAKER: When you were pitching it did you feel like you had to address the marketability issue?

ZOBEL: That came at me from the people who wanted to finance the movie.

FILMMAKER: They saw the market for it?

ZOBEL: Right. I was planning to make the movie for Catechism Cataclysm numbers. But I decided that I didn’t want to shoot it on a little DSLR camera if I don’t have to. I had multiple budgets in my head even when pitching it, and this was kind of the one that we landed on sort of naturally, what people thought that it was worth.

FILMMAKER: Great World of Sound had comedic elements to it and this one sounds like it has much less. I think that’s a real challenge for filmmakers who establish themselves with one tone — convincing people they can handle another.

ZOBEL: That’s why, more than anything else, I feel good about this movie. I always described Great World of Sound as a drama that was funny, but somehow that kind of translated in L.A. as being just “funny.” Truthfully, it wasn’t a comedy at all, but whenever someone sent me a script to read, it was always a comedy. Everything became about me making a comedy. So now I’m happy that this movie exists. Give me a bottom-of-the-studio-barrel thriller and I will have a blast. I’m going to have a lot more fun if I get to make more types of movies.