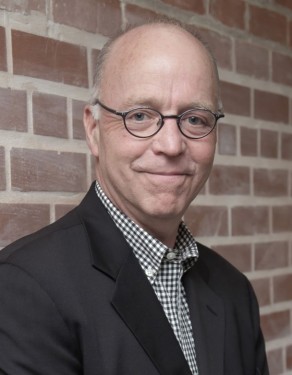 I first met Bingham Ray in 1992, when I interviewed him and October Films partner Jeff Lipsky about their company’s expansion and move to New York. It was for Filmmaker‘s second issue, and in our talk, Bingham was all the things he’s now being remembered for — committed, combative, intelligent and garrulous. He was pitching me on his upcoming slate, a diverse lot that included Alain Corneau’s Tous Les Matins Du Monde, Mike Leigh’s Life is Sweet, and a shorts package that included Michael Moore’s Pets or Meat. The ostensible hook for the article, though, was Ray and Lipsky’s move from L.A., where they founded the company in Lipsky’s garage, to swanky Rockefeller Center offices.

So this was the moment when Ray would have been expected to tone it down a bit, to slowly modulate his speaking into that hollowed-out blah-blah “corporate voice” that, so often, our colleagues gradually adopt as they realize they need to become “professional.” But no, when I asked Ray if a cash-infused October would be the same kind of company that previously promoted Gregg Araki’s punked-out, no-budget AIDS polemic, The Living End, with street posters attacking “Republican fuckheads,” he took the bait, even doubling down by comparing his style of releasing to that of other companies. He called other attempts to break New Queer Cinema as futilely going “right down the middle of the street.” He continued, “We had a film that had a very strong gay feeling and we targeted it directly to that audience. We didn’t try to sidestep it, sweeten it or sugarcoat it.”

That latter line is an apt epitaph for Ray, who died in Provo, Utah yesterday after a series of strokes that began while he was attending the Sundance Film Festival’s Arthouse Convergence. Indeed, as I think back on my interactions with Ray over the following 20 years, I’m struck by the consistency of that voice of his. Through his subsequent work at UA, Sidney Kimmell and, more recently, consultancies at IFC, Snag Films and Film Society of Lincoln Center, and, very recently, his position as the new Executive Director of the San Francisco Film Society, he remained not just a passionately engaging blunt-talker but someone who never lost the youthful energies that motivated his original entry into the film business. As Brooks Barnes’ New York Times obituary details, those early years included projectionist work at the Bleecker Street Cinema, and being a distributor at New Yorker and Avenue Films, where releases included Gus Van Sant’s Drugstore Cowboy.

October Films, which he founded with Lipsky, was an essential company for independents in the 1990s not just because of the quality of its releases (personal favorites include Jafar Panahi’s The White Balloon, Mike Leigh’s Secrets and Lies and Life is Sweet, and David Lynch’s Lost Highway), but because of its statement that a purely independent company could release quality films with the same scale and ambition as studio-affiliated specialty labels. In my interview, Ray differentiated October from its competitors by saying, “Jeff and I struck out on our own with our own dime at great risk. Everything that we personally owned went into October Films… It’s a little different when it’s your own money. I think, for us, that’s the way we have to operate.”

The legacy of October Films, which tumultuously became USA Films before turning into today’s Focus Features, has been well chronicled elsewhere. And as yesterday’s impromptu memorial at Sundance — a sad but also spirited transformation of the San Francisco Film Society’s annual party — attested, Ray’s ultimate legacies are the mentorships and inspiration he left behind. And, of course, the memory of that passionate, direct, hilarious voice, which still rings in the ears.

There were a lot of stories — funny, moving and sometimes profane — told about Ray at that gathering yesterday. I’ve struggled a bit to place one of my own interactions with Ray into this post. The last time we sat down and talked about a movie was in Cannes when he buttonholed me on the terrace of the Grand to expound on how much he loved The Artist. (This was before, of course, it was picked up by longtime rival Harvey Weinstein, which is not to say that this would have changed his enthusiasm for the film.) I remember his finger in my face at a Sundance awards ceremony years ago in which he was admonishing me not to make a deal before October could be in the mix. But perhaps the interaction that is sticking in my head the most is a seemingly slight and anomalous one that’s almost untellable in a “you had to be there” kind of way. It occurred during his October days, and it involves Bingham somewhat surprised to encounter me in the theater bathroom at the Toronto Film Festival while a film of mine was premiering. We had had a big breakfast with Bingham and the filmmaker that morning, and now the film was screening for the first time. With a pained look on his face, he said, “Wow, it’s hot in that theater.”

For all the talk about Ray’s bluntness, his hard-charging, take-no-prisoners style, he could also be soft spoken and gently evasive in the service of empathy.

As that quote is not a fit one to end on, I’ll go back to 1992 interview and this statement, which I believe Ray tried to live by in the two decades since: “We’ve always been passionate and sincere about the films we’re working on. A lot of people become jaded and cynical in this business, but it’s never been like that for us and never will.”