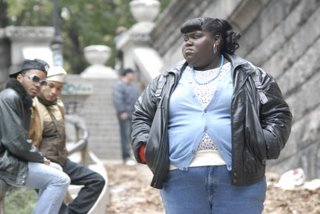 The award winners of the 2009 Sundance Film Festival were announced this evening and Lee Daniels‘s Push: Based on a novel by Sapphire was the big winner as it took not only the Dramatic Grand Jury prize but also the Audience Award and Special Jury prize for actress Mo’Nique. Ondi Timoner‘s We Live In Public was awarded the top Documentary prize. The full list of winners are below.

Dramatic Grand Jury Prize:
Push: Based on a novel by Sapphire, Lee Daniels

Dramatic Audience Award:
Push: Based on the novel by Sapphire, directed by Lee Daniels

Dramatic U.S. Special Jury Prize:
Mo’Nique, for acting in Push: Based in a novel by Sapphire