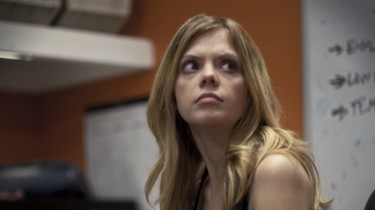 The role of authority in the lives of everyday people is a crucial question at this year’s Sundance Film Festival. From the first wave of documentaries examining the Arab Spring to fictional accounts of the personal and collective consequences of confronting our conception of power, Sundance filmmakers this year have looked at the state of our world and our culture and uncovered a complex battle for control. Of the standout films I have seen at Sundance this year, for one reason or another, the issues of control and responsibility have played a crucial part in giving this edition of the festival its distinctly dystopian tenor; there is a decidedly downbeat feeling up here in the thin, frozen air, a sense that something is truly broken.

Front and center in my mind is Craig Zobel’s Compliance (above), a film that is inspiring a great deal of debate among viewers. The film tells the story of a young female employee at a fast food restaurant who, after her manager receives a phone call from a police officer, is subjected to confinement and, ultimately, physical and sexual humiliation at the hands of her employer. The film, which spends most of its time within the tight quarters of the restaurant manager’s office, is a study in Kafka-esque economy; a woman accused of a crime she may or may not have committed acquiesces to the abuse of her captors, who are themselves driven by a disembodied voice on the phone that exerts a perverse authority over their actions.

The film is deeply chilling, not just for what it proposes about human nature, but for Zobel’s extraordinary skill in creating a visual strategy that uses cinematic space to express the role playing and relative power of each of his characters in the frame. The result is a daisy chain of, well, compliance, with small clusters of authority and subordination recreated in the film’s geometry, giving a deep resonance to the film’s exploration of the brutality of capitalism in the era of Guantanamo.

Of course, not everyone sees the film this way; many have become fixated on the details of the story and the veracity of its claims to be based on a real incident. The film features two incredibly brave performances (by Ann Dowd as the dutiful, gullible Sandra and Dreama Walker as the victim Becky) and some very intricate writing, which pulls the narrative forward as it simultaneously raises and resolves questions of credulity. I’m not sure any of that matters, in the end; despite the real life con that is central to the film’s narrative, there is nothing on screen to support any claims that the film seeks to exploit the situation or that Zobel is attempting to play a juvenile game of audience complicity.

Instead, I found the humiliation at the heart of Compliance to be incredibly moving; this is a tragedy in the classical sense of the word, with hubris, violence and suffering doled out in generous spoonfuls that would have not been out of place in Sophocles, if Sophocles had ever worked a demeaning minimum wage job at a fast food restaurant. This is crucial to the film’s representation of power and agency; the seemingly low-stakes world of what is seen by many as disposable service industry labor only enhances our repulsion at Becky’s ultimate humiliation. Putting aside the specifics, what is most shocking about Compliance is watching such high-stakes horror unfold in a world that is otherwise invisible and outside of our collective consideration. Talk about being kicked while you’re down; the discomfort the film inspires may be directly proportional to your belief in the inherent goodness of other people or your own concern for the film’s terrible implications about human nature. 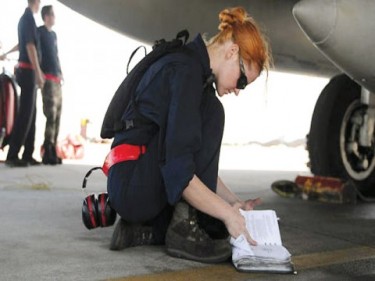 But if viewers have any doubt about those implications, they need only turn as far a Kirby Dick’s devastating documentary The Invisible War, which describes the U.S. military’s systemic failure to deal with rape among service members. Chronicling numerous devastating accounts of service women (and men) who have been raped and sexually assaulted by their superiors and peers, the film is an incendiary call to action against a system of military justice that denies victims any semblance of due process; required to report crimes to their commanding officers most of whom are men, men with a direct interest in preserving their own authority over their subordinates, the overwhelming majority of military sexual assaults go unpunished, destroying the lives of victims while their attackers walk free, often repeating their crimes with other victims.

You would be hard pressed to find a more terrifying system than what Dick exposes here; 33% of rape cases are presented to commanding officers whose personal friends are the accused, while 25% are made against the commanding officers themselves. To say that the U.S. military’s approach to rape is unenlightened is a gross understatement; according to the film, a recent case against this system was dismissed when the courts declared rape an “occupational hazard” of military service. Dick and his producer and partner on the film Amy Ziering do a very good job of presenting this disheartening and, frankly, disgusting state of affairs while always maintaining the dignity of the victims, never once exploiting their stories. One would hope that participating in the film would offer some sort of empowerment, but while The Invisible War may grow into a useful platform to expose this terrible problem, there is no question that this or any film is cold comfort in the absence of real justice. Perhaps the movie can be a key tool in seeing that it happens.