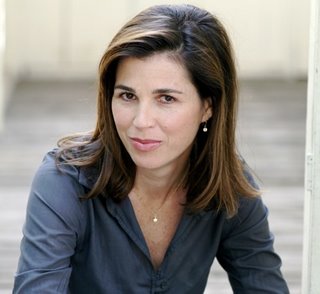 Film Independent announced today that producer and former executive and festival programmer Rebecca Yeldham has accepted the post of Director of the Los Angeles Film Festival.

“Rebecca has a wide range of experience in the industry and she’s an inspiring leader — her many talents make her a natural fit for the Los Angeles Film Festival,” said Dawn Hudson, Executive Director of Film Independent. “She has been intimately involved in the building of this festival and the organization over the last nine years as a Film Independent Board member. Rebecca shares our vision of expanding the festival within Los Angeles and the global film community by introducing audiences to unique filmmakers and their films.”

“Dawn and her team have done an amazing job growing the Los Angeles Film Festival over the last few years,” said Yeldham. “In these times, there is such a desire to come together and celebrate our unique city, community and industry, to bridge differences and champion great filmmaking and film-going experiences. I’m thrilled to have the opportunity to join this dynamic team and lead the charge in taking this Festival to the next level.”

She steps into the position vacated by Rich Raddon, who resigned in November following controversy over his support of California’s Proposition 8 ban on gay marriage. Rachel Rosen remains the Director of Programming. Yeldham, who is a member of the Film Independent board, has most recently been a producing parter with filmmaker Walter Salles and was previously Senior V.P. of Production at FilmFour and, from 1997 – 2001, Senior Programmer of the Sundance Film Festival.