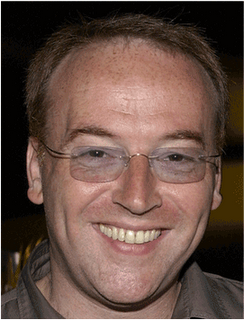 I was stunned to receive a call from a friend this afternoon telling me that Wouter Barendrecht, co-chairman of the top arthouse international sales and production company Fortissimo Films, died suddenly this weekend in Bangkok. Wouter has been a bedrock of international art film distribution as long as I have been in the film business. His exquisite taste, championing of auteurs new and established, business savvy, uncanny networking ability and indefatigable good cheer at the festivals he seemed to effortlessly navigate were all things anyone who worked in world cinema strived to emulate. This is a devastating loss, for both the international film business but, on a personal level, for the many, many friends Wouter had all over the world.

Here is the statement issued by his colleagues at Fortissimo Films.

Fortissimo Films is deeply saddened to confirm that company founder and co-chairman Wouter Barendrecht died on Sunday, April 5, 2009 in Bangkok, Thailand where he had gone to screen a rough cut of Fortissimo’s upcoming Thai co-production NYMPH.

Barendrecht was a passionate advocate of independent cinema for his entire career, the last 19 years of which were at Fortissimo Films and previously at the International Film Festival Rotterdam, where he helped create the Cinemart co-production forum. His sudden death, of heart failure, is an inestimable loss: to his beloved family and co-workers, his international circle of friends, and film-making itself, where his enthusiasm and drive helped create enduring testaments to his memory.

Although just 43 when he died, Barendrecht’s vision helped a generation of film-makers reach a global audience, particularly in Asia where he moved to Hong Kong in 1997 upon the advice of acclaimed director Wong Kar-wai to set up the Fortissimo office along with subsequent business partner and co-chairman Michael J Werner. His commitment to Thai cinema, for example, led to repeated collaborations with directors such as Pen-ek Ratanaruang and Apichatpong Weerasethakul and his decision to establish a second home in Bangkok, where he died on Sunday night.

Barendrecht’s passing has shocked and saddened all his colleagues, his family, and his friends around the globe. His death comes shortly after a busy Filmart in Hong Kong for the company, and preparing for Fortissimo’s upcoming Cannes slate.

Fortissimo’s Michael J Werner said, “We are all too shocked for words by Wouter’s untimely death. He was a force of nature, my business partner, and one of the closest friends anyone could ever have. We at Fortissimo are all devastated by this news and we intend to celebrate Wouter’s life and work by proudly carrying on his vision of the company and the business. Everything is too early but we are in the planning stages of one or more memorial services, the details of which will be forthcoming. “

Nelleke Driessen, Fortissimo’s managing director, said, “Wouter’s artistic collaborations were as numerous and far-flung as his friendships. His enthusiasm for life and art was infectious; he was a loyal friend and colleague. He will be missed by all who knew him.”

DDA PR Chairman Dennis Davidson added “Wouter was a one of a kind cineaste who brought a unique sensibility to the international marketing of films.”

On hearing the news Andy Meyers, President of Shangri-La Entertainment commented “We mourn the passing of one of the most respected sales agents we have been privileged to work with.”

Eugene Hernandez at Indiewire first posted news of the Wouter’s passing, and his story has a comments thread in which a number of his friends are posting their thoughts. Memorial services are being planned, and we will post news of them as well as other memories of Wouter in the days ahead.