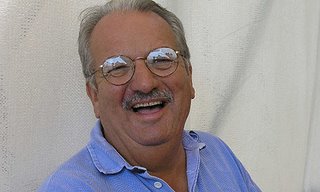 Simon Channing Williams, one of the towering figures in British cinema, died Sunday of cancer. Williams was best known as Mike Leigh’s producer and his partner in Thin Man Films, their production company. Commented Leigh in The Guardian, “”He was a natural-born producer, a great leader, always an enabler, a protector; never a dictator or an interferer. Infinitely generous, his life was all about doing things for people, and bringing out the best in everybody. He was the ultimate fixer, and a phenomenal organiser. He relished the impossible challenge, and loved the cut-and-thrust of negotiations, at which he was a genius.”

Williams producing credits include such Leigh films as High Hopes, Secrets and Lies, Naked, Life is Sweet, and Happy-Go-Lucky as well as Fernando Meirelles’s The Constant Gardner, Doug McGrath’s Nicholas Nickleby, and Keith Fulton and Louis Pepe’s Brothers of the Head.

In addition to the article linked above, The Guardian has a photo gallery celebrating Williams’ work as well as an appreciation by Andrew Pulver.