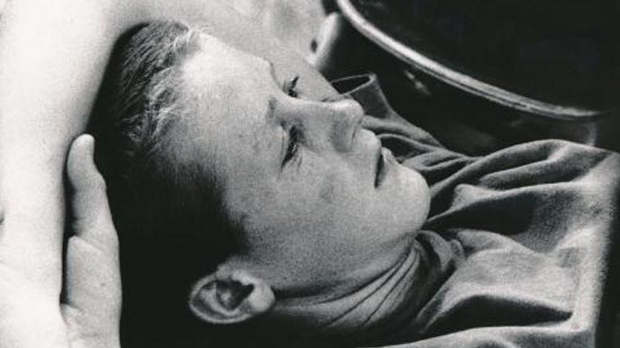 by Byron Camacho
in Directors, Interviews
on Mar 10, 2012

Former skateboarder Jacob Rosenberg’s first feature documentary Waiting for Lightning focuses on the evolution of Danny Way from his rough childhood to his emergence as a world famous skater whose daredevil antics would lead him to jump over the Great Wall of China. The film explores how Danny’s experience coming from a broken home led to his passion for skateboarding and his desire to constantly test his own limits. Judging from the film’s trailer, Waiting for Lightning promises to be an equal parts thrilling and deeply inspirational sports doc.

Filmmaker: What sparked your interest in doing a documentary on Danny Way?

Rosenberg: Danny Way has always held a unique spot in the cannon of Skateboard Legends, but having known and grown up with him, I was privy to all the social/psychological things that made his legendary status so incredible and ultimately narratively compelling. When Danny asked me to make the film, I knew right away I had the opportunity to pay tribute to a skateboarder I admired and tell a human story that fed my filmmaking soul. When Danny calls and asks, you don’t say no.

Filmmaker: What part of his story did you most identify with?

Rosenberg: Danny and I shared a mentor by the name of Mike Ternasky. Mike had a unique and lasting effect on both us and to some extent the film is a love letter to Mike. In the grand scheme of life experiences it was a necessity for me to re-visit and present the mentorship that Mike had with Danny in order to make ultimate peace with the mentorship Mike had with me. Mike pushed Danny on his skateboard and at the same time pushed me as a young filmmaker. Being able to pay tribute to the impact that Mike had on both of us within the confines of one project has been quite profound and meaningful.

Filmmaker: What was the experience like getting Danny to discuss his childhood?

Rosenberg: I firmly believe in the shaping of a man through their childhood experience and Danny is a shining light for that belief. It was a meaningful and bonding experience to get Danny to discuss his childhood in such great depth and the material that came out of our conversations made our story and narrative even clearer as to the path Danny has traveled to become the man he is today. My editor Carol Martori spent months thematically coding the transcripts of all our interviews and always came back to the significance of Danny’s dramatic childhood experiences and particularly one of a recounting in the first interview Danny and I did on camera.

Filmmaker: This film will most likely speak to a lot of young people from broken homes. What would you like them to take out of watching this film?

Rosenberg: The clearest and strongest message of the film is that anyone can do anything, despite the odds and obstacles. Danny has a quote from one of the earliest skate videos that he was featured in, “It’s all in your head, you just gotta spend time on it.” And it is amazing to see that he exercised this philosophy from pre-teen to adulthood through a firestorm of personal and professional tragedies. The hopeful take away is that no one is completely alone in their experience, because there is always someone else to relate to or draw inspiration from.

Filmmaker: How do you think this film stands apart from other skateboarding documentaries?

Rosenberg: As a skateboarder, I am a fan of any documentary that delves into the skateboard world, but as a filmmaker I am fascinated with psychology, drive and personal stories. I think Waiting for Lightning will stand out from other skateboarding documentaries by the fact that it is not technically a film about skateboarding. First and foremost it is a film about a boy’s journey in becoming a man and attempting to overcome an insurmountable obstacle, which is The Great Wall of China. Skateboarding is an essential component of the film because it is the vehicle and outlet of expression that helps that boy grow, tell us who he is and challenge the Wall. Our team drew inspiration from documentaries outside of skateboarding such as Man on Wire and Hoop Dreams so we were constantly striving to embrace an audience that didn’t know this extraordinary story existed.