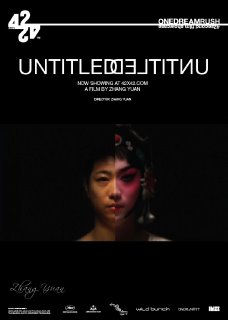 This year’s Cannes Film Festival was the occasion of the European premiere screening of films from One Dream Rush, a film series sponsored by 42 Below and the Beijing Film Studios in which 42 directors were commissioned to create 42-second short films dealing with and hailing from the world of dreams.

What’s the difference between this series and any number of other sponsored film/multi-director internet plays? Short answer — the filmmakers chosen are great, their films are for the most part really, really good, and their extreme brevity gives each piece the quality of a memory half-remembered from a dream the night before. The complete list of directors is below, but just to name a few: Asia Argento, Kenneth Anger, Harmony Korine, Larry Clark, Abel Ferrara, Sergei Bodrov, David Lynch, Carlos Reygados, Mike Figgis, James Franco, Floria Sigismondi, Cat Power’s Chan Marshall, Michele Civetta, Charles Burnett and Gaspar Noe.

The films were produced by Rajan Mehta, David Komurek and Civetta out of Quintessence Films and Illiz, and the Cannes screening was scheduled to feature a Q and A with directors Argento (also on the Cannes jury), Clark and Civetta. The party after was sponsored by Agnes b., the Wild Bunch, 42 Below and Quintessence.

Many of the films can be streamed at the 42×42 site, and some are up at the Quintessence site too. Gaspar Noe’s is a beautifully scary nude almost-painting, Argento’s is a spirited, dreamy, and ear-piercing portrait of the mostly South American transsexuals who live in her Rome neighborhood, Civetta’s is a gorgeously layered “modern occult ceremony,” and Jonathan Caouette contributes an odd but beautifully unsettling piece of near-horror starring Chloe Sevigny.

Check them out and revisit the 42×42 site as new ones are being added regularly.

And here is the trailer: