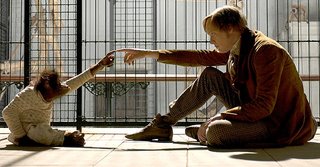 The festival describes the film as “part ghost story, part psychological thriller, part heart-wrenching love story. Torn between his love for his deeply religious wife and his own growing belief in a world where God has no place, Darwin finds himself caught in a struggle between faith and reason, love and truth.”