10 Tips On Producing And Financing From SXSW 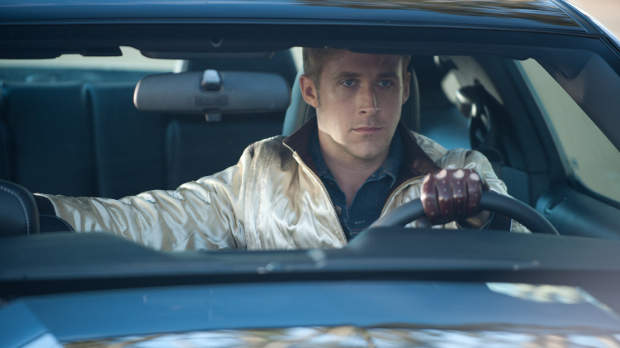 by Scott Macaulay
in Filmmaking, Financing, Production
on Mar 15, 2012

Troublemaker Studio’s Aaron Kaufman hosted a panel titled “Making it Happen: Financing an Independent Film” at SXSW this year, gathering together fellow execs Katie McNeill (V.P. of Production, Electric City Entertainment, the new venture between producers Lynette Howell and Jamie Patricof) and Garrick Dion, Senior Vice President of Development at Bold Films, and a co-producer of Drive (pictured). (Troublemaker, of course, is the production company of Robert Rodriguez.) The three offered thoughts on how to develop and put together projects able to financed in today’s independent film marketplace as well as tips on keeping that development on track. Here are ten takeaways from their talk.
1. Become a juggler. “People think about producing like it’s sequential,” said Kaufman. For example, you develop a script, attach actors, and then go out for financing. “But it’s really about keeping all the plates in the air at once,” he said. “The people I see who are getting projects up and going are the ones thinking about them in a fluid way.”

2. Think about the ticket-buyer. “[Make] smart genre, what I call ‘elevated popcorn,’” said Dion. “That’s what I tell independent filmmakers. I like relationship dramas and small road-trip movies too, but try to make movies people will pay to go and see. Think of [your movie] as a campfire story where [the audience] always asks, ‘What’s going to happen next?’ and with a vision that elevates it above the rest.”

3. Find out what filmmakers and actors want to make. “We find out what filmmakers want to do,” said McNeil. “We talk to actors too, and sometimes [landing a project] is just about telling people we have development funds. We can pay to option a book and pay a writer.” For Electric City, McNeill says, this type of filmmaker-driven development is preferred to the ‘material-first’ method practiced by other companies. “It’s a different way of putting things together, but it’s the smartest way for us — not spending a lot of money in development and then not being able to find a director.”

5. Beware of adult movies about kids. “There are a lot of projects about kids between 12 and 18, and they are hard to get financed,” said McNeill. “We have a couple of those projects, and they have been a challenge. You have play up [the roles] of the older characters in the stories [in order to attract name cast].” There is, of course, an exception, noted McNeill: “Maybe if you can attach Justin Bieber… I would love to work with the Beebs!”

6. Mix and match for foreign sales. The lagging tastes of foreign sales agents mean that the international market is always, said Kaufman, “five years behind.” Names like Bruce Willis, Richard Gere and Jean-Claude Van Damme are highly meaningful for foreign sales agents while younger, newer actors who may be more exciting Stateside are not. “[As a producer] you’re always looking for an actor who is about to break,” said Dion, “but the foreign sales people come back and say, ‘Come back when they’re already a star.’ My dream cast means nothing to the foreign sales agents.” Indeed, Kaufman joked, “There has been a law that Jason Statham has to be in every film, but that laziness has not produced great films.” What’s the answer? Blend name actors with new talent. “If you have someone strong on one side you can have someone [new] on the other,” said Dion. Sometimes, that person on the other side is not even the actor. “Even Drive was not an easy sell,” he said, “because Ryan Gosling has never done a Marvel movie. But in this case, the director, Nicholas Winding Refn” — who was seen as a rising star internationally — “balanced things out [for the foreign sales agents].” At the same time, however, the panelists stressed that when faced with approved actor lists from foreign sales agents, to go with your passions, even if it means knocking the budget down. “Make the movie in your gut,” said Dion. “Don’t just go for a name.” Concurred McNeill, “[Casting] Felicity Jones in Like Crazy was much better than casting a [better known] actress who wouldn’t have given such a good performance.”

7. Beware the $3 million black hole. Said Kaufman, “A $2 to $3 million budget movie is in a black hole. It’s too small to play wide,” and it costs too much to make its money back in a smaller release. If you can’t develop it for a larger budget with a larger cast, “a smaller budget makes more sense.” This argument works for larger budget films too, though. Dion related that “Drive started as a $35 – $40 million studio movie. At one point it was a Hugh Jackman movie. But we wound up making it for $15 million.”

8. Go out with your best draft. Said McNeill, “If you give someone at a production company your script, make sure you are ready and it’s the [draft] you’re most happy with. If they read something once it’s hard to get them to read it again.”

9. Don’t rely on cameos. Shoehorning a name actor into a cameo role may sound like a way to add “names” to your picture, but the panel warned against it. Usually, they said, the part winds up being too small to effectively market. Instead, said Kaufman, “figure out how to “make the actor more than a cameo.” He cites as an example Robert Rodriguez’s Machete, for which they only had Robert DeNiro for five days but were still able to make his part a major one.

10. Work on every project every day. McNeill says that in the Electric City office she stares at a board listing all of the company’s projects. “I look at the board and think, ‘What can I do for each one of our 17 projects today? Just one thing.”