by Scott Macaulay
in Filmmaking, Screenwriting
on Mar 17, 2012 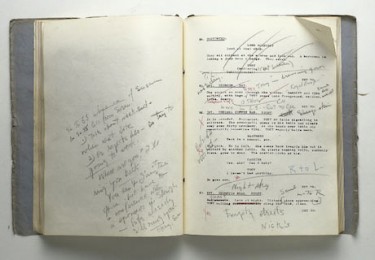 Becoming a good writer is not just about writing well — it’s about rewriting well. I know plenty of promising writers who positively fail at that essential skill. They are unable to move beyond their first drafts, to process feedback, and to shape their own raw material into production-worthy scripts.

This summer a resource for the self-aware among this set is being offered by Columbia University. Columbia’s Film School chair Ira Deutchman recently announced the Screenplay Revision Workshop, which is open to all. From Ira’s blog at Tribeca:

In all my years in the film business and my travels around the world, the one thing that consistently comes up is that aspiring filmmakers need help developing their stories. Within the studio system, there is an infrastructure consisting of agents, lawyers and studio executives that—for better or worse—are working with screenwriters to hone their stories to be consistent with the needs of the marketplace.

For screenwriters who are outside of the system, there are very few places they can turn for professional feedback on their feature screenplays. I have frequently come across film industry professionals from all disciplines—not only writers, but also producers, actors, DPs, editors and others—who have a feature-length screenplay either finished or in the works. I find this outside of the industry as well—bankers, teachers, people from many different professions—who have invested considerable time and energy writing feature-length screenplays. There is clearly a need.

In my role as Chair of the Film Program at Columbia, I realized that we could help satisfy this need as a result of our long time emphasis on storytelling in all aspects of what we do. Our screenwriting faculty, made up of working screenwriters who are active in the business, believe strongly in creating an environment in which screenwriting students can hone their work through the feedback of their peers. This is the kind of feedback that is desperately needed by aspiring writers.

The class is being taught by Jessie Keyt, who has worked as a script consultant for various production companies and whose own credits include Skin. From the Columbia site, here is how the course is described:

Screenplay Revision Workshop is an intensive workshop dedicated to the analysis and rewriting of a feature-length screenplay. Students will bring a completed script in three acts (no less than 90 pp.) into the class, and begin by receiving a detailed analysis of the work by both the instructor and fellow students. Then, with the instructor’s guidance, students will devise a reasonable plan for revising the pages during the time of the workshop. Focus will be on story structure, character development, plotting, dialogue, building of tension, and improving other elements of the screenplay form. Students are expected to read their fellow classmates’ work and provide constructive feedback — part of the emphasis of the class is on learning by critiquing. The goal is to significantly improve the feature-length screenplay, both within the workshop and by providing a template for further refinement once the class is done.

The course meets twice a week starting May 21. It is open to all applicants but is competitive, and a screenplay is required as part of the admission process. For more details, visit the Columbia site.