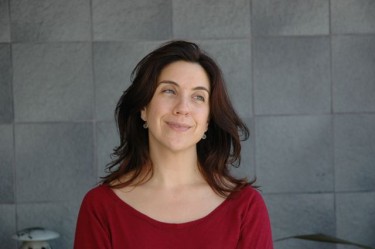 Alesia Weston, who many filmmakers know from her work as Associate Director of the Sundance Institute’s Feature Film Program, has been named the new Executive Director of the Jerusalem Film Center. She will begin her new job mid-June and will oversee all of the center’s artistic and educational programs, including the upcoming Jerusalem International Film Festival, the organization wrote in a press release.

“I am thrilled to be associated with this great team, especially Lia van Leer, and I am looking forward to expanding the vision she set in motion as founding director. The vibrant Israeli film industry, and JFC’s interface with the most diversified constituency of any arts organizations in the country are just two of the attractions this legendary place holds for me,” says Weston.

Weston’s nine year tenure at Sundance Institute has seen a dramatic growth in the scope of the Feature Film Program’s international work. As Associate Director of the Institute’s year-round Feature Film Program, Weston was charged with discovering some of the most promising filmmakers from around the world early in their careers, and providing comprehensive support and mentorship from script to screen.

“We want to congratulate Alesia on her new position heading the Jerusalem Film Centre,” said Michelle Satter, Founding Director, Sundance Institute Feature Film Program. “Since 2003, she has made an extraordinary contribution to the Sundance Institute and under her leadership, the Institute expanded the work of the Feature Film Program to Labs in the Middle East, India, Israel and Turkey. She initiated and developed several international partnerships, and identified and supported some of the most exciting international filmmakers, including the writer/directors of Red Road, Sweet Mud, Paradise Now, Lake Tahoe, My Brother the Devil, Amreeka and Porfirio, among so many others. We look forward to continuing our relationship with Alesia as she begins this exciting new chapter of her career.”

Congratulations to Alesia on this exciting next phase of her career!