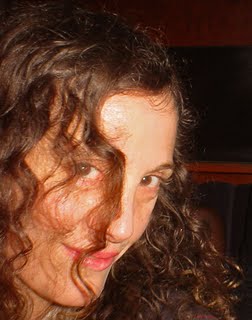 Filmmaker, writer and critic Shari Roman, a friend to many in our community, including all of us at Filmmaker, died September 9 at Mt. Sinai Hospital in New York after a short illness. Her passing took us by surprise as she told few people that she was sick. Indeed, many heard the news only after a small family memorial was held on the 13th.

Readers of Filmmaker will remember Shari’s byline, as she wrote for us on numerous occasions, penning interviews, reports, festival coverage, and, in Spring, 2002, our cover story on Matthew Barney and his Cremaster series — the first time Barney’s work as a filmmaker had been given significant editorial space in a film publication. But longtime readers will also remember the very first time Shari’s name appeared in our pages. It was in 1999 when she and Sophie Fiennes were picked for the second edition of our “25 New Faces” series. Shari and Sophie had just finished Lars from 1 – 10, an experimental short documentary on the Danish director, commissioned by John Pierson for his IFC series “Split Screen.” Shari went on to direct other film portraits, including one of Mike Figgis and, in 2003, ADM:DOP, a short film about the life and creative work of acclaimed cinematographer Anthony Dod Mantle.

As you can tell from the above credits, Shari had impeccable taste, and she had it early. That is, she was on to people and artistic trends long before they burst into the mainstream. In 2001 she wrote Digital Babylon: Hollywood, Indiewood and Dogme ’95, a book that was positively prescient about the directions filmmaking would go. In it, she traced the influence of small digital cameras and the playfully rule-bound Dogme movement and investigated how both would alter independent film production, distribution and exhibition practices. Harmony Korine wrote the preface, Godard the first chapter, and there are interviews with Von Trier and Vinterberg as well as Rick Linklater, John Bailey, Agnes Varda, Gus Van Sant, Dod Mantle and then, on the industry side, me, Jason Kliot, Peter Broderick, Geoff Gilmore, Piers Handling and several others. Looking at the book again now, I’m knocked out by its eclectic methods and by its insistent curiosity, both attributes Roman demonstrated throughout her work and her life.

Shari was the film editor of Flaunt, where she aggressively covered American independent film and international arthouse cinema. She also wrote for The Guardian, Mojo, Time Out London, and Res. Shari was a perceptive critic and a patient interviewer, always able to draw out her subjects and place them in a more personal space. She had a fresh way of looking at things, was a good and generous friend to many, and, finally, it should be said that she was a strong and passionate advocate for this film world of ours. Independent and art cinema wasn’t a “gig” for Shari; it was a world full of art and artists that she loved, and that love always showed through in her work. She will be missed.

Shari’s last piece for the print magazine was “Trans-Art Express” in Spring, 2007, and we have just reposted it here.

I first met Shari in 1998 after speaking to her on the phone for about a year or so before. Since then, I've never met another person like her: crazy, great fun, irritating and so very, very vulnerable I could never be angry with her, even when I had absolutely every right to be. She was an acquired taste, but as your obit says, her instincts were often uncanny; as a journalist, Shari was particularly adept at spotting the window of opportunity with rising stars, just before the system sucks them in (and spoils them), but she was also attuned to European cinema and made a lot of interesting waves in Scandinavia, where she made quite a name for herself as a well-intentioned and knowledgeable American friend. Through Shari, I've made some great, enduring friendships, while her antics (and I think that's probably the most descriptive word) kept me in dinner-party talk for years. She was my Broadway Danny Rose, and while I'm declaring a respectful moratorium on those Shari Stories for now (Shari In Cannes! Shari In Karlovy Vary! Shari In Berlin!), I'll dust some of them off again when the time is right. I'll think of Shari a lot, and often, especially at Sundance. Though we often roomed together, our paths seldom crossed, and I have to next to no idea where she went and what she did there. I like to think she's off again now, lost in some new, mad, fabulous social whirl.

I knew Shari only from the film festival circuit but I always loved running into her — and I loved her energy most of all. She'd sit down next to you on a Park City bus and chat away and it was like you'd been friends forever. I don't even remember how I met Shari, which is kind of great in and of itself (and so very Shari), and while I wasn't in touch with her outside of the hermetic festival world, she was so easy to reconnect with — as though you'd just spoken the day before, when in fact it had been a year or more. Her knowledge of film and film trends was unsurpassed and she was always a delight to talk film with. I was sad to read this bit of news — Shari was a true original.

I first met Shari when I was working at indieWIRE, then I had the privelege of working quite closely with her at Filmmaker for nearly four years. After I left the magazine, we became good friends. She was also a great supporter of my work, and did a little half page on my short films in FLAUNT. She was a very peculiar person, and prone to extremes — needy yet generous, difficult but tolerant of peoples failings and flaws. She was always happy to be included in any social gatherings, and quite often the last to leave. (She she stayed at my New Year's Eve party in 07/08 until at least 5 a.m.) The last time I saw Shari was about a year before she died, right before I moved back to L.A. We had a bit of an argument. I never got to make up with her. She had a very tough life healthwise, and I wish the fates had been kinder to her. I miss her and love her and know I speak for many when I say that the world is now a less interesting place without her in it. Rest in peace, beautiful. -Matt

nicely said guys, thank you, your eloquence and loveliness are very much appreciated, cheers

I was fortunate to spend some time with Shari during the few months before she passed, all within the confines of her hospital room. I had known Shari for most of my life, as she is my cousin,and I am grateful for our last moments together. I always respected her for her creativity and living on the edge, especially as it related to her writing. During her last months, she was reluctant to confide to others that she was sick, in the hope that she would get better, and return to writing soon. It was her love, her passion. Rest in peace, Shari. I know that you are dancing up there with Patrick Swayze and other artists up there!

This is very sad news indeed. I met Shari when I was quite young, just getting into the film world, and she taught me so much. She took me places I never would have gone to otherwise, and introduced me to people I never would have met. Though our relationship became strained in time, (I guess part of her mystique I guess was how difficult she could sometimes be), I have some great and really wild memories of the period we were friends.

She knew how to make the most out of life, and never let a little thing like having no money in the bank stop her from traveling to say, Morocco, or any other place she could get herself a press pass and a plane ticket to. She left too soon, but boy what a ride she had while she was here. She'll be missed.

I remember first meeting Shari when she was living on St. Mark's Pl. more than 20 years ago. I believe that I was working at Soho News and she was probably contributing. Though we'd only known each other a short time — she soon moved to LA — we had bonded and we crossed paths many times over the years. She was one of those people who made an indelible impression and I'll always remember running into her and being amazed by all the things she was working on. The last time I saw her was earlier this year and it was around St. Mark's Pl. again. I was walking with my 11 year old daughter when we ran into her. Shari told me that she had been sick and was recovering. But most of all I remember how solicitous she was of my daughter, talking to her like an equal and giving her an example to look up to. I'm glad my daughter had the chance to make the acquaintance. People like Shari are few and far between.

Shari had a wonderful soul and crazy great spirit.
She was funny and passionate, as lively and surprising as the art that she so loved and championed. She was also the daughter of the comedian Murray Roman,
a much-underappreciated Broadway Danny Rose in his own right. Missing Shari right now… but so happy to see the outpouring of love and respect.

Missing you baby sister..words can't describe. Want to punch you in the nose for leaving me…( maybe in the next life)
I'm cooking the bird and you can pick all you want..
I love you…

Its a shame that Shari had to leave us, with so much more of her life to share in her, I like to believe shes watching over me, writing her next masterpiece….

We miss you sha

BTW.. DC, you described my sister Shari to the "T"